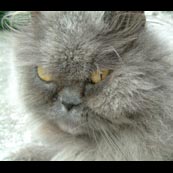 Man Who Mistook His Wife for a Hat

Critical Thinking: Tools for Taking Charge of Your Learning and Your Life

Tracking Down Your Ancestors

Agatha Raisin and the Terrible Tourist

The Observer Book of Rock & Pop

Woman on the Edge of Time

The Best of Granta Travel

Note: I participate and organize bookrays, bookrings, and I free book into the wild. I do not mail books to people who PM me randomly asking for them, I do not have time or extra cash for this purpose. If you see a book I have that intrigues you, I'd suggest visiting your public library. It is not my job to save people a few $ on their amazon purchase... if you know what I mean!

I am grateful to Bookcrossing for the kick in the derriere to set books free rather than hoarding them, which is my instinct, but in reality not a good thing - for the minimal space in my apartment or for the poor kept books! :-) Not that I'm entirely successful at releasing them from my own hoard... but I'm working on it!

A few stats (I used to give numbers for all of these but I've lost track! have put numbers in brackets after releases to indicate how many have been caught.)

"No entertainment is so cheap as reading, nor any pleasure so lasting."