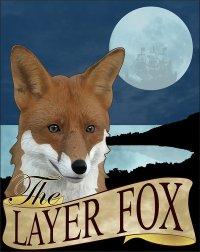 Off the Books: The Underground Economy of the Urban Poor

You Sent Me a Letter

This is London: Life and Death in the World City

Your Heart is a Muscle the Size of a Fist

Evicted: Poverty and Profit in the American City

Sisters of the East End

The Country of Ice Cream Star

Against All Odds: The Remarkable Adventures of P.C. Jim Beard

The Good Psychopath's Guide to Success: How to Use Your Inner Psychopath to Get the Most Out of Life

The House of Hidden Mothers

My library www.flickr.com/---/8734159003/
If you're in Colchester
Bookcrossing zones that have free books at all times can be found here:
Love Coffee Arome, top end of High St by Willy Gees
Purple Dog, Eld Lane
Foresters Arms, Castle Road
Hospital Arms, Crouch Street
Fox Pub, Layer de la Haye
Please do stop for a coffee or drink while you're there.


I just had to borrow this quote from one of my favourite authors...
"Each of us has been designed for one of two immortal functions, as either a storyteller or as a cross-legged listener to tales of wonder, love, and daring. When we cease to tell or listen, then we no longer exist as a people."

"A good heavy book holds you down. It’s an anchor that keeps you from getting up and having another gin and tonic."