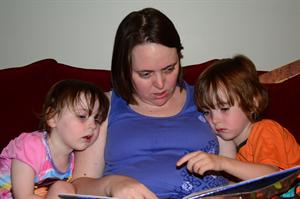 Catch Us When We Fall

The Patron Saint of Eels

It's Better This Way

With No One as Witness (Thomas Lynley and Barbara Havers Novels)

The Climb: Tragic Ambitions on Everest

A Round-Heeled Woman: My Late-life Adventures in Sex and Romance

This Is How It Always Is

After being registered for more than a year, I released my first book into the wild in December 2005. Then I discovered Book Relay (no longer exists, but a similar group, Book Obsessed, has sprung up in its place), which really spurred my interest in doing more with BookCrossing. I've always been a voracious reader thanks to my mom. We have similar tastes in reading, but we no longer live in the same town, so we don't do much sharing of books anymore.

Books read in 2021:
False Memory by Dean Koontz
Borrowed Time by Tracy Clark
Christmas Cupcake Murder by Joanne Fluke
The Long Flight Home by Alan Hlad
You Have a Match by Emma Lord
Nordic Nights by Lise McClendon
With No One As Witness by Elizabeth George
I See Life Through Rosé Colored Glasses by Lisa Scottoline and Francesca Serritella
The Perfect Catch by Linda Cajio
In the Footsteps of Sheep by Debbie Zawinski
The Duke & I by Julia Quinn
Emeralds by K.A. Linde
Amelia Unabridged by Ashley Schumacher
The Bounty by Janet Evanovich and Steve Hamilton
Force of Nature by Jane Harper
Lab Girl by Hope Jahren
Triple Chocolate Cheesecake Murder by Joanne Fluke
Fortune and Glory by Janet Evanovich
Elsewhere by Dean Koontz
Finding Freedom by Erin French
The Windsor Knot by SJ Bennett
Dirty Dealers by Tia Louise
Project Hail Mary by Andy Weir
The Maidens by Alex Michaelides
The Four Winds by Kristin Hannah
The Other Emily by Dean Koontz
Leave Only Footprints by Conor Knighton
It’s Better This Way by Debbie Macomber
Something in the Way by Jessica Hawkins
Resistance Women by Jennifer Chiaverini
Clanlands by Sam Heughan and Graham McTavish
This is Chance! By John Mooallem
Leave the World Behind by Rumaan Alam
Hairpin Bridge by Taylor Adams
The Huntress by Kate Quinn
Border Lord by Haywood Smith
The Midnight Library by Matt Haig
Falling by T. J. Newman
The Bone Code by Kathy Reichs
Bombshell by Sarah MacLean (in progress)

If you have drawn my name in a swap or gift exchange, the following are excellent ideas for me: fine chocolate, especially if you live outside the US and have a favorite that may be hard to find here (no nuts, please, unless they are in the form of peanut butter), books from my wishlist; knitting patterns from my Ravelry.com wishlist (I’m collectorkerri there also); a donation in my name to Heifer International; a gift certificate to Kiva.org; gift certificates from yarn.com or knitpicks.com. I also have a wishlist on Amazon.com. You will be able to access it with my real name; I think I’m the only person on US Amazon with my exact name.