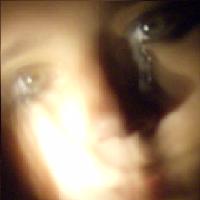 Divine Secrets of the Ya-Ya Sisterhood: A Novel

The Ballad of Johnny Sosa

The Further Adventures of a London Call Girl: What Belle Did Next...

The Modern Goddess' Guide to Life

The Go-Girl Guide : Surviving Your 20s with Savvy, Soul, and Style

Hell at the Breech: A Novel

Hello, I am a struggling Book Crosser.

I'm a student at UNCG so that's where most of my books are released.
I say I'm a struggling book crosser because out of the good number of books I've released only a sad, small, single digit amount have been journaled as caught. But really, I've found that that's kind of normal. But it still makes me sad...

But I don't mind. I keep on trying. The occasional exhilaration that comes with the announcement that one of my books has been found is enough to keep me trying.
I love the idea behind book crossing.

I'm a little too selfish, however, to release books from my own bookshelf. I go to stores like Edward McKays and buy low priced (occasionally free) copies of books that I have read before, and run home to register and release them.

Then there are those times when I have the craving to release a book out into the wild, but no copies to release. The only way I can satisfy myself, then, is to grab a book I've never read, or only started, cringe, and leave it somewhere. Hoping someone will be able to appreciate it more than I did.

The majority of what I read (and therefore hope to find copies of to release) are fiction books and series' about all sorts of things. I have a soft spot for strong female leads mixed with fantasy (and sex, for the most part), and enjoy the guilty pleasures of teen fiction and the occasional urban fantasy.

Granted my reading range is limitless, and I read as much of anything as possible, but those are my preferences for reading and releasing.


Also, I've never tried book swapping before, but I'm interested in it, and I went ahead and made a wish list ^-^ It's huge, I know. :-D
My Wish List