Not in the Flesh

The Knight and the Wishing-well 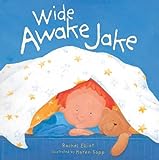 Gosh its ages since I updated this - prompted to now by the prospect of BCUK's NSSSS (& 3 glasses red wine!)

Like many people I love reading but don't somehow seem to have as much time to do it as I'd like. BC is great as you get loads of recommendations for books & authors, so when I do get chance to read I'll, hopefully, pick books I'll love.
I'm a bit of a list-maker (ok control freak, lol) so seeing where a book goes after I've read it is, well, just great fun!

When not reading I love being outdoors, walking, running, playing in the mud (I home-ed my kids & do some work for the Wildlife Trust, so this is obligatory!).

The picture is my dog Pippin, a very badly trimmed Schnauzer. She likes walking & mud too (but not running too much, or reading come to think of it!)

Bookrings I've joined:
Whistling For The Elephants by Sandi Toksvig (Camis)
The Other Boleyn Girl by Phillipa Gregory (MoJeDenUK)
Memoirs of a Geisha by Arthur Golden<(Gooner)
Surfacing by Margaret Atwood(Gooner)
Life of Pi by Yann Martel (ermintrude75)
Last Chance to See by Douglas Adams (eucalia)
Stargirl by Jerry Spinelli (olliebear)
The Other Side of the Dale by Gervase Phinn (Chinasourcer)
The Bookseller of Kabul by Asne Seierstad (MarianFrench)
Shopped: The Shocking Power of British Supermarkets by Joanna Blythman (Loopy1)
The Persian Pickle Club by Sandra Dallas (Bookfrogster)
The No.1 Ladies' Detective Agency by Alexander McCall Smith (Fire-Dragon)
Tears of the Giraffe by Alexander McCall Smith (Fire-Dragon)
Falling Leaves by Adeline Yen Mah (jackshome)
The Handmaids Tale by Margaret Atwood (Gooner)
Not on The Label by Felicity Lawrence (jackshome)
Cloud of Sparrows by Takashi Matsuoka (mytilusgirl)
Angels in the Mirror: Voodoo Music of Haiti by Elizabeth A. McAlister (Semioticghost)
The Silver Pigs by Lindsey Davis (Shylock)
The Wrong Way Home by Peter Moore (rachels-ratty)
The Timetraveller's wife by Audrey Niffenegger(mrsbridgewater)
Mist Over Pendle by Robert Neill (ermintrude75)
The Red Tent by Anita Diamant(olliebear)
Tuesdays with Morrie by Mitch Albom (chelseagirl)
Wolfpointe by Rick Buda (wistfuldragon)
The Golden Web by Nell Grey (Mytilusgirl)
Ex Libris:Confessions of a Common Reader by Anne Fadiman (Jaynereader)
Enigma by Robert Harris (chelseagirl)
The World according to Garp by John Irving (glitterlover)
The Reading Group by Elizabeth Noble (rachels-ratty)
The Drawing of the Dark by Tim Powers (kittiwake)
Ella Minnow Pea by Mark Dunn (Daemonwolf)
Apricots on the Nile: A Memoir with Recipes by Colette Rossant (GlasgowGal)
The Tenko Club by Elizabeth Noble (helly77)
Cloud Atlas by David Mitchell (Caro1)
Reading Lolita in Tehran by Azar Nafisi (Jenatleisure)
Running made easy by Susie Whalley (Wyldetwo)
Clever Maids: The Secret History of the Grimm Fairy Tales by Valerie Paradiz (Pennywhistler)
The Dinosaur Hunters by Deborah Cadbury (Mastulela)
The natural foods cookbook by beatrice trum hunter (Laura0141)
Dictionary of the Khazars by Milorad Pavic (zzz)
The Full Cupboard of Life by Alexander McCall Smith (kleptokitty)
The Kalahari Typing School for Men by Alexander McCall Smith (kleptokitty)

red is with me and green is been and gone

"Sometimes you read a book so special that you want to carry it around with you for months after you’ve finished just to stay near it."