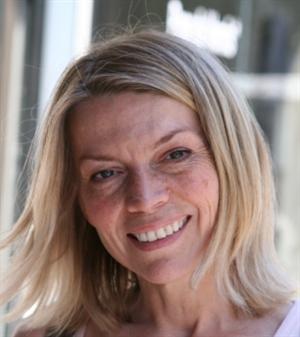 As Time Goes By : The Life of Ingrid Bergman

I guess I’m not a BookCrosser by nature, because I find it very hard to let go of books that I love. Accordingly, my bookshelf doesn't reflect my taste in literature. Mostly, you'll find mysteries there because they are easy to part with. I'm working on the rest – and I’m happy to say I’m making progress.

For the time being, due to staggering postage fees in the Scandinavian countries, I don't participate in book rays or rings, and I can't offer to trade books across national borders. Hopefully this will change when I'm no longer a student.

I have collected train books; that is books that have the word “train” (as in the noun, not the verb) in the title, or books where a train journey is important to the plot or the theme. I’m sending them, one at a time, perhaps a week apart, on a train journey. They’ll be released on the train from Trondheim to Oslo (in Norway), marked with the usual BC- stickers, but also with a sticker naming the book’s final destination, asking any readers or non-reading finders to release the book on a new train going in the right direction (and hopefully register it as well), towards Athens in Greece or Cadiz in Spain, as far south in Europe as possible.


Thank you to those who have kindly given me books for this project!


Congratulations! If your mission in life
is not already to preserve the English tongue,
it should be. You can smell a grammatical
inaccuracy from fifty yards. Your speech is
revered by the underlings, though some may
blaspheme and call you a snob. They're just
jealous. Go out there and change the world.


How grammatically correct are you? (Revised with answer key)
brought to you by Quizilla


what type of book are you?
brought to you by Quizilla

"Sometimes you read a book so special that you want to carry it around with you for months after you’ve finished just to stay near it."