Your Family Will Love It!: Quick and Healthy Weekday Meals for the Hard-To-Please

Death and the Lit Chick: A St. Just Mystery

The Ground Beneath Her Feet

Hound of the Baskervilles (Aladdin Classics)

A Raisin in the Sun (Vintage)

The Old Man and the Sea

The Witching Hour (Lives of the Mayfair Witches)

Divine Secrets of the Ya-ya Sisterhood

The Hunt for Red October


Finished in 2013:
The Happiness Project by Gretchen Rubin
This is How You Lose Her by Junot Diaz
A New Earth: Awakening to Your Life's Purpose by Eckhart Tolle
Salt Sugar Fat: How the Food Giants Hooked Us by Michael Moss
The No Asshole Rule: Building a Civilized Workplace and Surviving One That Isn't by Robert I. Sutton, PhD
Lean In: Women, Work, and The Will to Lead by Sheryl Sandberg
Spontaneous Healing : How to Discover and Embrace Your Body's Natural Ability to Maintain and Heal Itself by Andrew Weil, M.D.
When Things Fall Apart: Heart Advice for Difficult Times by Pema Chodron
Excuses Begone!: How to Change Lifelong, Self-Defeating Thinking Habits by Dr. Wayne W. Dyer
Mercury in Retrograde by Paula Froelich
How Should a Person Be? by Sheila Heti
Developing Intuition: Practical Guidance for Daily Life by Shakti Gawain
After Dark by Haruki Murakami
Healing Back Pain: The Mind-Body Connection by John E. Sarno
The Places that Scare You: A Guide to Fearlessness in Difficult Times by Pema Chodron
The Unknowns by Gabriel Roth
And the Mountains Echoed by Khaled Hosseini
Daring Greatly by Brene Brown


Finished in 2012:
In Zanesville by Jo Ann Beard
The Crying of Lot 49 by Thomas Pynchon
A Lion Among Men by Gregory Maguire
Molecules of Emotion by Candace B. Pert, Ph.D.
The Lady in the Lake by Raymond Chandler
The 4-Hour Workweek: Escape 9-5, Live Anywhere, and Join the New Rich by Timothy Ferriss
The Mind's Own Physician: A Scientific Dialogue with the Dalai Lama on the Healing Power of Meditation by Jon Kabat-Zinn PhD and Richard Davidson PhD
The Power of Habit: Why We Do What We Do in Life and Business by Charles Duhigg
The Fortress of Solitude by Jonathan Lethem
Nudge: Improving Decisions About Health, Wealth, and Happiness by Richard Thaler and Prof. Cass Sunstein
Change Anything: The New Science of Personal Success by Kerry Patterson, Joseph Grenny, David Maxfield, Ron McMillan, Al Switzler
A Visit from the Goon Squad by Jennifer Egan
Too Big to Fail: The inside Story of How Wall Street and Washington Fought to save the Financial System--and Themselves By Sorkin, Andrew Ross
Abundance: The Future is Better Than You Think by Peter Diamandis and Steven Kotler
Necessary Losses: The Loves, Illusions, Dependencies, and Impossible Expectations That All of Us Have to Give Up in Order to Grow by Judith Viorst
The Hunger Games by Suzanne Collins
Catching Fire by Suzanne Collins
Mockingjay by Suzanne Collins
The Dance of Anger by Harriet Goldhor Lerner
A Child Called "It": One Child's Courage to Survive by Dave Pelzer
Fifty Shades of Grey by E L James
Room: A Novel by Emma Donoghue
Mindless Eating: Why We Eat More Than We Think by Brian Wansink
Influence: The Psychology of Persuasion by Robert B. Cialdini, Ph.D.
How to Create a Mind: The Secret of Human Thought Revealed by Ray Kurzweil
A Briefer History of Time by Stephen Hawking
The Language of Flowers: A Novel by Vanessa Diffenbaugh


Finished in 2011:
The Woman and The Ape by Peter Hoeg
The Girl with the Dragon Tattoo by Stieg Larsson
The Help by Kathryn Stockett
Martin Dressler: The Tale of an American Dreamer by Steven Millhauser
Cocaine's Son by David Itzkoff
Dancing with the Devil: The Windsors and Jimmy Donahue by Christopher Wilson
This Books is Overdue!: How Librarians and Cybrarians Can Save Us All by Marilyn Johnson
Tiger, Tiger by Margaux Fragoso
The Girl Who Played with Fire by Stieg Larsson
Five-Finger Discount: A Crooked Family History by Helene Stapinski
The Heart of the Revolution by Noah Levine
The Memory Keeper's Daughter by Kim Edwards
Freedom by Jonathan Franzen
Wench: A Novel by Dolen Perkins-Valdez
Kingdom Coming: The Rise of Christian Nationalism by Michelle Goldberg
The Pirates of Somalia: Inside Their Hidden World by Jay Bahadur
Out of Oz by Gregory Maguire


Finished in 2010:
Zeitoun by Dave Eggers
Public Enemies: America's Greatest Crime Wave and the Birth of the FBI, 1933-34 by Bryan Burrough
What Is the What: The Autobiography of Valentino Achak Deng by Dave Eggers
We Wish to Inform You That Tomorrow We Will be Killed With Our Families: Stories from Rwanda by Philip Gourevitch
Sleeping Arrangements by Laura Shaine Cunningham
The Ghost Map by Steven Johnson
Wonder Boys by Michael Chabon
The Story of B by Daniel Quinn
Little Bee by Chris Cleave
After Dachau by Daniel Quinn
Isaac's Storm by Erik Larson
The Good Patient by Kristin Waterfield Duisberg
Chuck Klosterman IV: A Decade of Curious People and Dangerous Ideas by Chuck Klosterman
Buddha Da by Anne Donovan
In the Little World: A True Story of Dwarfs, Love, and Trouble by John Richardson
A History of the World in Six Glasses by Tom Standage
Rubbish!: The Archaeology of Garbage by William Rathje
Her Fearful Symmetry by Audrey Niffenegger
The Art of The Steal: Inside The Sotheby's-Christie's Auction House Scandal by Christopher Mason
Eating the Dinosaur by Chuck Klosterman
Seven Days in the Art World by Sarah Thornton
Provenance: How a Con Man and a Forger Rewrote the History of Modern Art by Laney Salisbury and Aly Sujo
Sophie's Choice by William Styron
Motherless Brooklyn by Jonathan Letham
Deadeye Dick by Kurt Vonnegut
Under the Banner of Heaven: A Story of Violent Faith by Jon Krakauer
Eating Animals by Jonathan Safran-Foer
Snow in August by Pete Hamill
Juliet, Naked by Nick Hornby
Omnivore's Dilemma by Michael Pollan
Perfect Daughters by Robert Ackerman
Broken Promises, Mended Dreams by Richard Meryman
An Object of Beauty by Steve Martin
The Monfils Conspiracy: The Conviction of Six Innocent Men by Denis Gullickson and John Gaie


Finished in 2009:
The God Delusion by Richard Dawkins
The Courage to be Rich: Creating a Life of Material and Spiritual Abundance by Suze Orman
Chore Whore: Adventures of a Celebrity Personal Assistant by Heather H. Howard
Cloud Atlas by David Mitchell
A Spot of Bother by Mark Haddon
Generation Debt: Why Now Is a Terrible Time to Be Young by Anya Kamenetz
The Best of Ralph Waldo Emerson: Essays, Poems, Addresses by Ralph Waldo Emerson
The Reader by Bernhard Schlink
Bound Feet & Western Dress: A Memoir by Pang-Mei Chang
The House of Sleep by Jonathan Coe
The Reason for God by Timothy Keller
Pay It Forward by Catherine Ryan Hyde
Chang and Eng by Darin Strauss
French Women Don't Get Fat: The Secret of Eating For Pleasure by Mireille Guiliano
Before the Mortgage: Real Stories of Brazen Loves, Broken Leases, and the Perplexing Pursuit of Adulthood by Christina Amini (Editor) & Rachel Hutton (Editor)
Appetite for Self-Destruction: The Spectacular Crash of the Record Industry in the Digital Age by Steve Knopper
Debugging the Development Process by Steve Maguire
Revolutionary Road by Richard Yates
Twilight by Stephenie Meyer
Mirror Mirror by Gregory Maguire
Twilight: New Moon by Stephenie Meyer
The Rape of Nanking: The Forgotten Holocaust of World War II by Iris Chang
The Circle of Simplicity: Return to the Good Life by Cecile Andrews
The Diamond Cutter: The Buddha on Strategies for Managing Your Business and Your Life by Geshe Michael Roach
A Thousand Splendid Suns by Khaled Hosseini
Twilight: Eclipse by Stephenie Meyer
Twilight: Breaking Dawn by Stephenie Meyer
Freaks and Revelations by Davida Wills Hurwin
All the Fishes Come Home to Roost: An American Misfit in India by Rachel Manija Brown
The Speed of Dark by Elizabeth Moon
One Breath at a Time by Kevin Griffin
White Noise by Don DeLillo


Finished in 2008:
Good Bones and Simple Murders by Margaret Atwood
Naked by David Sedaris
Jonathan Strange and Mr Norrell by Susanna Clarke
The Snapper by Roddy Doyle
Eat, Pray, Love by Elizabeth Gilbert
Zen and the Art of Motorcycle Maintenance: An Inquiry into Values by Robert M. Pirsig
Notes on a Scandal by Zoe Heller
Notes from a Small Island by Bill Bryson
Never Eat Alone by Keith Ferrazzi
Water for Elephants by Sara Gruen
The Glass Castle by Jeannette Walls
Instructions to the Cook: A Zen Master's Lessons in Living a Life That Matters by Bernard Glassman and Rick Fields
Bulletproof Your Job by Stephen Viscusi
The Woman Warrior by Maxine Hong Kingston
The Cure For Money Madness by Spencer D Sherman
After the Ecstasy, the Laundry: How the Heart Grows Wise on the Spiritual Path by Jack Kornfield
A Year to Live by Stephen Levine
Dinner at the Homesick Restaurant by Anne Tyler
There Are No Children Here by Alex Kotlowitz
Ex Libris by Anne Fadiman
My Ishmael by Daniel Quinn
Bless Me, Ultima by Rudolfo Anaya 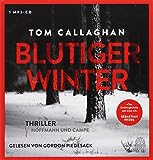