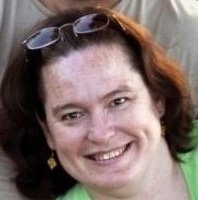 Ocean in Iowa, An

Murder on the Yukon Quest: An Alaska Mystery (#6)

Man and Boy: A Novel

What No One Tells the Bride

Don't Know Much About Geography : Everything You Need to Know About the World but Never Learned

Glorious Appearing: The End of Days (Left Behind #12)

Tribulation Force: Continuing Drama of Those Left Behind (Left Behind #2) 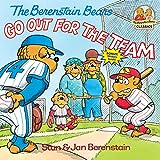 Berenstain Bears Go Out For the Team

Jun2010: I have become so discouraged with bookcrossing. I may not continue to use BXing. It cannot be that difficult to be kind and polite. It cannot be that difficult to correct the BXing error.
Jan2011: I will be getting rid of ALL of my BXing books. Most have been registered. You may have all you like if you pay postage or pick up. Paperback and HB. I won't be sorting books, just putting them into shipping boxes. I have literally thousands of books to get rid of. Message me if you'd like some. Most sincerley, Sherri aka sp4home
Mar2011: 3000 books give away to book recycler. About 1000 of them were BXing books. None of these were released. I still have tons of books to get rid of.
Feb2012: I'll ship you boxes of books if you pay postage.
.
Welcome new BookCrossers! You can "go hunting" (find) more BookCrossing books in Kansas, or anywhere in the world! If you're already a BookCrosser, Hello!!

Releases: My wild releases are picked-up, but for some reason the finder chooses not to journal the catch; maybe they didn't realize they could remain anonymous! I have released (and journaled) books from Griswold, Iowa; Wichita, Kansas; Valley Center, Kansas. I have not read most of my books released. The books on my shelf do not accurately depict my preferences. Most of my books are set as TBR (to be read) but they are TBR simply because that is the default set by bookcrossing when the book was registered by me and I did not take the time to change the TBR. I acquired most of my books from library sales/discards. Once the book is in your hands, it is yours to do with as you wish.

I think the first book ever released on BookCrossing was Zen and the Art of Motorcycle Maintenance. It was released by Reno, the co-founder of BXing. This book is still in the wild.

My Wish List has not been updated in years and should be disregarded. I'm not into romance books (except for Nicholas Sparks), and I'm not into science fiction/fantasy type books. My current zipcode is 67147.

I liked the original intent of bookcrossing, releasing books for other people to find and enjoy. I released a lot of children's books. It was my little way of promoting literacy among children. It combined the fun of reading with the fun of the internet. I realize that not everyone will be as into BookCrossing as I was. That's okay, not all hobbies are for all people.

My first tattoo, and it is a bookcrossing tattoo. I think it was the first BX tattoo. 20Feb08

I am trying to send books to all 50 US states plus the 9 US possessions and the 13 Canadian Provinces/Territories. I still need to send to: ND, RI, SD, VT, WY and AS American Samoa, FM Federated States of Micronesia, GU Guam, MH Marshall Islands, MP Northern Mariana Islands, PW Palau, VI Virgin Islands; and in Canada: NB, NL, NS, NT, NU, PE, YT

I have sent books screen names with the first letter A-Z. This challenge was finished Jan05.

I used to track my stats, but I stopped when BXing deleted tons. I got discouraged after the rude BXing replies when I asked about it. :( 2010.
My Stats were:
1,082 of my releases caught by other people *edited: BXing droped 125 books. No idea what happened, but this count here was correct.
^240 were caught from my wild releases
^732 were caught from me giving or mailing the books directly to someone (RABCK, trades, gifts, meet-ups, books for postage, etc)
^110 were caught from bookrings/rays/boxes that I am hosting OR participating in

"My books are friends that never fail me."