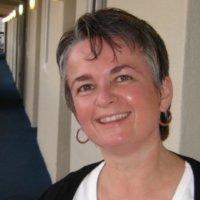 The Undutchables: A Observation of the Netherlands : Its Culture and Its Inhabit

Still Life with Chickens: Starting Over in a House by the Sea

Alone in the Kitchen with an Eggplant

The Hard Work of Simple Living: A Somewhat Blank Book for the Sustainable Hedonist

Over the Edge: Death in Grand Canyon


Calling all knitters and crocheters!

Shamelessly taking ozone-nut's idea for the Unconvention, I am organizing a BC afghan to be raffled off at the BC convention in Charleston, SC. All you need to do is knit or crochet one or more 4inch x 4 inch squares and send them to me. I'll join them and take to the convention - all proceeds will go to Bookcrossing! Please PM me with any questions and I'm post the answers here.....so start those little squares for Bookcrossing!

Update #1 - Work commitments prevented me from attending the BC convention. The afghan was raffled off and the lucky winner,mystery52, will be receiving it in the mail soon - I have a little more work to do. The final product and a list of all the contributors will be posted soon - thanks to everyone!

Update #2 - The Bookcrossing afghan is finally completed.....weeee.....what a project! Thanks to everyone who contributed squares - all were so lovely.


I never leave home without at least one book or magazine - never know when I might have a few minutes to read! Now I have a way to share all the books I have enjoyed. I try to recycle everything that I can and bookcrossing fits in so wonderfully with my philosophy of looking out for one another and the environment. If you see something on my bookshelf that interested you please PM me - I'm always open to a swap or RABCK. I do sometimes limit my mailings to the US because of postage costs but you can always ask nicely if you live elsewhere. I often check the wish lists for people who may be interested in books I am ready to release. There are no strings attached to any of my RABCK offers (I do appreciate a journal entry) and I do not hoard addresses. Don't be surprised if you receive a PM from me someday! I also sometimes post lists of books that are available as RABCKs on the Book Wish List forum. The books listed here do not in any way reflect my personal reading habits - well, some do....

This is the piece I heard on NPR that stirred my interest in bookcrossing - I never knew it would come to this!

Article in the local paper about me and Bookcrossing...


I am starting book boxes of the books I have read along with some extras. I wild release many books but am reluctant to wild release those that some may consider offensive - racy language, explicit sex, etc. I'll post in the forum as I have another bookbox ready. You are also welcome to PM me anytime to be included in my next book box.


A good friend of mine, Phyllis Bailey, died suddenly December 2004. Phyllis was active until the day she died of a massive myocardial infarction (heart attack) at the hospital where I work. She had planned to go with some other friends for their annual shopping expedition for the perfect Christmas tree the day she died. Phyllis loved politics and volunteered as a lobbyist for the League of Women Voters, listened to Books on Tape while walking in the neighborhood, and cooked wonderful Friday night dinners where our neighborhood group would gather to talk, eat and drink. She told us stories of falling asleep at her kitchen table and waking up with her face in a book. I now have boxes of books her children gave me ...she had told them about my bookcrossing activities and they wanted me to have her books. In honor of her, I want to release these books in places she particularly enjoyed. We spent many Friday nights talking about her travels and her many happy memories. I hope to leave a book in many of these places...

Update - completed on January 1, 2006. Thanks to all that helped me reach this challenge!

New York, NY
Phyllis and her family lived for a time in New Jersey. I can imagine Phyllis kicking up her heels in the city - as she would say, "Absolutely!" Your-book-fairy will be releasing some of Phyllis' books in NYC.

Charles Town, WVA
I don't recall Phyllis ever talking about the horse races at Charles Town but she loved to gamble and enjoyed the books written by Dick Francis, a retired steeplechase jockey. I'll be visiting Charles Town, WVA August 26-28, 2005 and will release seven of her Dick Francis books there.

Charleston, WVA
Phyllis lived in Charleston, WVA for several years when her children were young and her husband worked for the telephone company. She often described the large, old home she had there. Phyllis loved old, stately homes - her house in Old SW Roanoke was beautifully decorated and had been featured in the Old SW Roanoke parlor tour. Grover3d has kindly agreed to release some of Phyllis' books for me in Charleston. I will be including a library book marked 1983 from the Kanawha County public library. I'm posting them to her today, August, 17, 2005. Thank you Grover 3d.

Los Angeles , CA
Phyllis' youngest daughter lives in Los Angeles. She often spoke lovingly of the time they spent together and showed us pictures of her daughter's home, truck and motorcycle during our Friday night dinners. I will be posting out boxes of books on August 20, 2005 for vannessave, moraelyn, sheriver and intrigken to release in the LA area. Phyllis dabbled in knitting and I have a box of her supplies (I also knit). I'm sharing those goodies with sheriver in return for an audiobook. Thanks vannessave, moraelyn, sheriver and intrigken.

Washington, D.C.
Phyllis loved to talk politics and we had many spirited political debates during our visits. She educated many of us on the workings of government and law. I miss her. Tiatia will be releasing several of Phyllis' books in the D.C. area. Thank you tiatia.

Las Vegas, NV
Phyllis practiced blackjack on her computer between trips to Las Vegas with her daughters. They would stay at Ballys' and rent a spacious car to drive along the strip. She would always "dress" (as she would say) before going out. Even though Phyllis was in her 70s when she died, she always dressed for both comfort and style. Sweatpants were worn only at home! Moraelyn will be releasing some of Phyllis' books in Las Vegas. Sarradee will be getting married in Las Vegas in October 2005 and has kindly agreed to release a couple of Phyllis' books while there - Phyllis would love it! Thank you sarradee.

Wilmington, NC
Phyllis spent a week each year with her family in a beach house along the NC/SC coast. She would return with stories about all the children and grandchildren, the huge quantities of food and the bargaining among the family members about who should occupy which bedrooms. She enjoyed getting up early on those quiet mornings and drink coffee before the rest would arise and finding refuge in a bathroom to read in quiet. Nicolesinger has offered to release some of Phyllis' books along the NC coast. Thank you nicolesinger.

Asheville, NC
The last trip Phyllis took was with some friends to tour the Biltmore House in Asheville NC. Jennyscott has kindly agreed to release a couple of books in the Asheville area. Thank you jennyscott.

Key West, FL
Phyllis often talked about the trips she and her husband made to Key West when the real estate was affordable (by KW standards). Our Friday night dinner group was planning a trip to Key West for January 2005 - four of the group made the trip to KW and toasted Phyllis while having dinner at the Half Shell Raw Bar. Tiatia, DoveiLibri and CheriePie will be releasing some of Phyllis' books in Key West. Thank you tiatia, DoveiLibri and CheriePie. I hope to get back there some day...Update - I was back in Key West August 2006 and thought about Phyllis as I wandered around. I wish she could know about the tremendous changes I've made in my life and that she was influential in me making those decisions. I released a few books too!