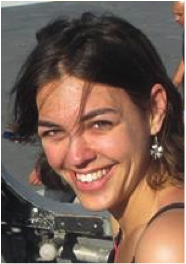 A Year in Provence

K is for Killer

J is for Judgment

One Fine Day In the Middle of the Night

I don't update my profile with my list of books read any more - now I used GoodReads instead. I can't ever remember or imagine a life without reading. I always have one book or another on the go, and I love getting and giving advice about good books.
I'm a TEFL teacher and teacher trainer, generally teaching English abroad. I've taught in Borneo, Paraguay, Brno in the Czech Republic and Sevastopol, Crimea and have trained teachers in many different countries. I was in Newcastle-upon-Tyne in the UK from 2011-2013, during which time I volunteered at the London 2012 Olympics and Paralympics. I'm now working as Director of Studies at a language school in Poland. I love teaching and learning new languages.


Baby Got Book by Sir Read-a-lot

I like big books and I cannot lie!
You other readers can't deny,
That when a book gets made full of itty-bitty text,
And a papery thing in your face,
You want to know what happens next,
’Cos you go at your own pace,
Even when I need some feeding,
I'm hooked and I can't stop reading!
By Savager - Thanks!


I have a blog, mostly dedicated to teaching, but with other things on there too.

www.sponsorabollard.com/---/brum2006.gif" alt="Bookcrossing UK Unconvention, Birmingham, 30 June to 2 July 2006 - I was there!!" hspace="5" vspace="5" border="2" align="right">
I went to the BCUK Unconventions in Birmingham on the 17th July 2004 and 2nd July 2005. Thank you Steve and everyone else who made these such memorable days - I will never again be short of something to read!
The 2006 Uncon was on July 1st, again in Birmingham. This time it is LyzzyBee, perfect-circle, caffcaff and (someone else who I embarrassingly can't remember!) :s who are to be thanked - another brilliant day! :)
The meets were organised through the Book Crossing UK Yahoo chat site. Join BookcrossingUK for uk crossers to chat, join rings and rays, arrange RABCK's and have fun.

I was also at the Official Convention in London, April 2008. Thanks to netstation and molyneux for organising it all!

You can also find me on Goodreads.