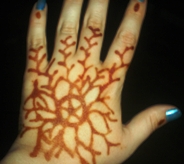 The Good, the Bad, and the Undead (Rachel Morgan, Book 2) (The Hollows)

Tess of the d'Urbervilles

In the Balance (Worldwar Series, Volume 1)

So...it's been a number of years since I logged in for one reason and another, and I'm going to try getting started again. I've moved along quite a few books in the time between now and my last BC-active days, and I offer apologies to those that I didn't journal for. In the spirit of bookcrossing, let's keep hope that they'll randomly surface again a wild catches.

I like to trade and am open to a PM about anything from my AVL list - for books, postage or whatever else sounds interesting!
I like to trade "other stuff" for books. If you have a craft, or something interesting you'd like to offer for one of my books, PM me for sure!

Some of my PCs are available if you can convince me...If you see something you've been looking for and really want, PM me and see if you can talk me into it.

My personal challenge (no timeframe attached - let's call it lifetime): To read my way through the list of the top 112 banned books (of all time, according to the OCLC 2005 - just because that's the year that I happened to pull the list). I've underlined the ones I am in search of.