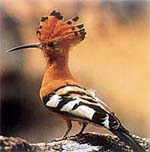 Look Forward and Second Time Around

I joined Bookcrossing in 2003 after I'd read an article in a newspaper, and then promptly forgot all about it! At the beginning of 2005 I found a wild-released book and thought, oh yes, I remember this, and I've been bookcrossing ever since.

Every so often I start a book, only to find after a couple of chapters that I've already read it, so I've decided to keep a list of books I've read.

For NSS purposes:
I am diabetic, so nothing sweet or sugary, please.
Some suggestions - Bookcrossing supplies, store-bought or homemade
Interesting teas (not fruity flavoured or sweetened)
Nuts (no peanuts)
Scented candles
Hand cream
Thanks!

DECEMBER
The Horse and his Boy by C S Lewis
Greybeard by Brian Aldiss
Mother Night by Kurt Vonnegut Jr.
The First Fifteen Lives of Harry August by Claire North
A Load of Old Tripe by Gervase Phinn
A Christmas Party by Georgette Heyer
Ark by Stephen Baxter
The Dressmaker by Rosalie Ham
Verdict of Twelve by Raymond Postgate
Tricky Twenty-Two by Janet Evavovich

MARCH
Greenmantle by John Buchan
Precious and Grace by Alexander McCall Smith
They Called Us Enemy by George Takei
Why Did You Lie? by Yrsa Sigurdardottir
Go Set a Watchman by Harper Lee
The Prefect by Alastair Reynolds
The Last Runaway by Tracy Chevalier
The Baklava Club by Jason Goodwin

MAY
Crossing Paths by Debbie Robson
Pieces of Her by Karin Slaughter
The Art and Design of Charles Rennie Mackintosh (Postcards)
Shaking Hands with Death by Terry Pratchett
Eavesdropping on Jane Austen's England by Roy & Lesley Adkins
The Furthest Station by Ben Aaronovitch
Mythos by Stephen Fry
Last Rituals by Yrsa Sigurdardottir
How the Marquis Got His Coat Back by Neil Gaiman
The Tiger in the Smoke by Margery Allingham
Antimatter (ST:DS9) by John Vornholt

JUNE
A History of Scotland by Neil Oliver
Mrs Palfrey at the Claremont by Elizabeth Taylor
The Girl in the Spider's Web by David Lagercrantz
Warped (ST:DS9) by K W Jeter
Against a Dark Background by Iain M Banks
The Bazaar of Bad Dreams by Stephen King
Geisha of Gion by Mineko Iwasaki

AUGUST
The Horrible Sufferings of the Mind-Reading Monster Hercules Barefoot by Carl-Johan Vallgren
The Colours of All the Cattle by Alexander McCall Smith
The Flame Bearer by Bernard Cornwell
When Hitler Stole Pink Rabbit by Judith Kerr
An Event in Autumn by Henning Mankell
A Civil Contract by Georgette Heyer
Aristocrats by Stella Tillyard
Station Rage (ST:DS9) by Diane Carey

OCTOBER
A Column of Fire by Ken Follett
Cold Kill by P J Tracy
To the Top of the Mountain by Arne Dahl
Broken Ground by Val McDermid
Trial by Error (ST:DS9) by Mark Garland

DECEMBER
The Miseducation of Evie Epworth by Matson Taylor
The Murder of My Aunt by Richard Hull
Father Christmas's Fake Beard by Terry Pratchett
Miss Peregrine's Home for Peculiar Children by Ransom Riggs
High Life, Low Morals by Victor Stater
Nothing Stays Buried by P J Tracy
A Gladiator Dies Only Once by Steven Saylor
The Last Hours by Minette Walters
The Victorian Christmas by Anna Selby
One False Move by Robert Goddard

FEBRUARY
Career of Evil by Robert Galbraith
The Hidden Legacy by G J Minett
Moonshot by Alan Shepherd & Deke Slayton
When You See Me by Lisa Gardner
I'll Keep You Safe by Peter May
The 34th Rule (ST:DS9) by Armin Shimerman & David R George III

AUGUST
My Sister, the Serial Killer by Oyinkan Braithwaite
Foundation by Peter Ackroyd
The Undesired by Yrsa Sigurdardóttir