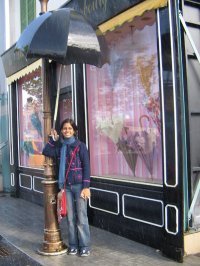 We Are All Completely Beside Ourselves

The Tao of Pooh

The Art of Racing in the Rain

The Martian Child: A Novel About A Single Father Adopting A Son 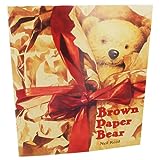 The Melancholy Death of Oyster Boy

The 3 Mistakes of My Life

How to Handle Your Brother/Sister


Hello! I'm a teacher of English and self-confessed bookcrossing addict from India, and I admit that though I have my offline phases every now and then, this site has me committed for life. ;) Apart from being exposed to many different kinds of books and authors ever since I've joined, I've met some wonderful people in this lovely community, received many RABCK's (and that is an understatement!), sent out some of my own, taken part in bookrings/rays and in general had a ball of a time!
Most of my controlled releases are international, as there're hardly any active bookcrossers in India. I'm still very much up for trading as long as it's within budget. If you see anything you like from my availables, send me a PM and we'll see what we can work out!

I enjoy many kinds of books, from fiction to fantasy and lots in between.
Literary/General fiction - I like intense reads and novels that are gripping - like Murakami, Lisa See, Rohinton Mistry etc. but I also enjoy lighter, entertaining reads like books by Colin Cotteril or Shamini Flint which can be broadly classified as humorous detective fiction. I also like reading from the 1001 books list, though I prefer the more recent listed works to the really old ones.
Classics - which have been my favourites are Little Women, Jane Eyre, Pride and Prejudice and Rebecca, to name some. Gone With the Wind was a fave in high-school (drooling over Rhett Butler included!)
Fantasy - I like Neil Gaiman's works, most of all The Sandman series of graphic novels, and some short stories by him. Oh, and Tim Burton too!
Children's fiction - my favouritest author in this category is Roald Dahl - his writing is simply scrumptilicious!
Comics - like Asterix have been best companions since childhood, I loved to pick different ones out from my dad's collection.
I do read chick-lit once in a while or between heavy books, but typical romance or crime/horror/thrillers are not really my type.
A better idea of my tastes can be had from looking at the books I've previously read, listed below!

I highly recommend the Holiday Gift Giving Thread. It's a lot of fun and in the true spirit of BC! :)
I love taking part, and have found wishlists on people's profiles to be very useful, so I'm also listing below some things I enjoy.

Apart from books I like:
Fun stationery, chocolate biscuits/cookies, bath&body stuff, and jewellery (especially earrings). Handicrafts (especially stuff made from bamboo, crochet or felt). I love the colour purple, and teal. BC supplies are always welcome, esp. the official round stickers, spine stickers and bookmarks. And of course, anything handmade! :)

*Taken from Aramena's profile, cos I feel the same:* If you sent me a book and you feel like it has been languishing in my TBR pile for too long, shoot me a PM and tell me so and I'll make a point to move it up in the pile, and then pass on. My TBR pile is pretty big and I don't want anyone to feel like I'm hoarding their books.

Many books on my shelf are picked up at sales or given to me by friends specifically for bookcrossing, so they do not reflect my personal tastes.

Recently Read: (the ones I especially liked are marked with a *)

2014
*The Dive from Clausen's Pier by Ann Packer
*Disco for the Departed by Colin Cotterill
The Song of Silver Frond by Catherine Lim
*The Guernsey Literary And Potato Peel Pie Society by Mary Ann Shaffer
*The Shadow of the Wind by Carlos Ruiz Zafón
*Fortunately, the Milk by Neil Gaiman
Anarchy and Old Dogs by Colin Cotterill

2013
*Giovanni's Room by James Baldwin
The Tales of Beedle the Bard by J.K. Rowling
Breakfast on Pluto by Patrick McCabe
Anil's Ghost by Michael Ondaatje
Calcutta Exile by Bunny Suraiya
A Small Person Far Away by Judith Kerr
Water for Elephants by Sara Gruen
*The Thirteenth Tale by Diane Setterfield
Bombs on Aunt Dainty by Judith Kerr
*Thirty three Teeth by Colin Cotteril
*Pages for You by Sylvia Brownrigg
Divine Secrets of the Ya-Ya Sisterhood by Rebecca Wells
*The Day I Swapped My Dad for Two Goldfish by Neil Gaiman
Wisdom from It's Not Easy Being Green by Jim Henson

2012
Mister Pip by Lloyd Jones
*The Wave by Rhue Morton
Sandman Vol. 5 - A Game of You by Neil Gaiman
Smoke and Mirrors by Neil Gaiman
*When Hitler stole Pink Rabbit by Judith Kerr
The Bone People by Keri Hulme
A Wind in the Door by Madeleine L'Engle
Behind the Beautiful Forevers by Katharine Boo
A Swiftly Tilting Planet by Madeleine L'Engle
*Kafka on the Shore by Haruki Murakami
Sing you Home by Jodi Picoult
Balzac and the Little Chinese Seamstress by Dai Sijie
*The Graveyard Book by Neil Gaiman
*Siddhartha by Herman Hesse
*The Coroner's Lunch by Colin Cotteril


2011
Out From Boneville by Jeff Smith
Extremely Loud and Incredibly Close by Jonathan Safran Foer
Morality for Beautiful Girls by Alexander McCall Smith
*The Good Women of China by Xinran
2 States by Chetan Bhagat
Out Stealing Horses by Per Petterson
Roald Dahl's Incredible Chocolate Box
The Eyre Affair by Jasper Fforde
The Rice Mother by Rani Manicka
*The Pleasure Seekers by Tishani Doshi
*A Wrinkle in Time by Madeleine L'Engle
Inspector Singh Investigates: A Most Peculiar Malaysian Murder by Shamini Flint
When We Were Orphans by Kazuo Ishiguro
Truckers by Terry Pratchett
Round Ireland with a Fridge by Tony Hawks


January, 2013 - An OBCZ (Official BookCrossing Zone) has been set up at Seagull Bookstore in Kolkata (the very 2nd in India :)) Check it out here

Reduce Mt. TBR Challenge
Taken from Vekiki's profile, because I'm trying to reduce the size of my TBR pile too that currently looms high! I will do a tally each month of my TBR pile, including any new additions, and keep score here. Hopefully this will be an achievable challenge!

My release map for books/RABCKs (28 countries)