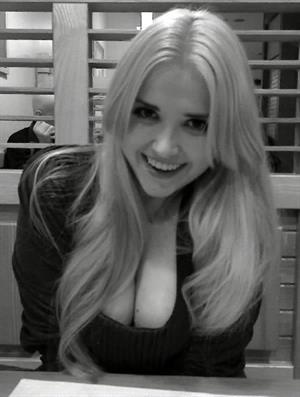 Midnight In The Garden Of Good And Evil

Alcatraz #1: Alcatraz Versus the Evil Librarians

The Race for God

How Many Licks?: Or, How to Estimate Damn Near Anything

Welcome, leave your sanity at the door, don't expect it to be there when you leave.


I've always loved reading. I did a primitive form of BookCrossing before I joined, donating hardcovers I didn't want to keep to the library and selling paperbacks to used bookstores (preferably in different cities than where I bought them). Since joining BC, I've donated some registered books to the library, and traded some in at used bookstores.

I've fallen out of contact with the site, gotten busy with other things, but BookCrossing will always hold a special place in my heart, because it's where I met my fiancé. When USCIS gets off their asses and processes the visa, fellow BookCrosser LadyGothic and I will be married. And it all started with a RABCK.

I thought "Phantom Reader" would be an appropriate name for someone who leaves books behind anonymously, striking when no one is looking and disappearing before you know it, with no evidence of his presence but a free book left for whoever wants it. The "42" comes from The Hitchhiker's Guide To The Galaxy.

I spend probably more time than I should wandering around the Internet. You can find all sorts of crazy sites out there. In some circles I'm known as Lord of the Links. I've also got a reputation as a collector of naughty girls, but that's another story.

Note that these explanations apply only to books where the status was set by ME
AVAILABLE: This means I've read the book, and intend to pass it on, but have no specific plans. It does NOT mean that I'll send it to anyone who asks.
TBR: To Be Read. That says it all
RESERVED: I have a specific destination in mind for this book, which may be an individual or a release location.
TRAVELING: I have released or mailed this book, or it has been lost or stolen.
PERMANENT COLLECTION : I won't be registering many of these. It means I plan to keep this book, though perhaps I'll loan it out or do a bookring.

I largely taught myself HTML, and learned a lot around here. Take a look at the way the books on my shelf are linked together. There are some surprising connections.
If you're interested in learning HTML, check out some of these links:
For color info try, www.visibone.com, suggested to me by JennyO, or hotwired.lycos.com/---/color_codes/, suggested by Herrundmeyer (which also has escape sequences for special characters), or www.palmprints.com/---/ColorsByHue.html, or html.tucows.com/---/colornames.html (suggested by summermarie, and the only place I've seen a simple list of colors usable by name).
Here's an HTML reference.
And a course in HTML, suggested by CasualReader.
This site has animated gifs, free for use on any non-commercial website, but please be careful. Don't steal other peope's bandwidth.
And dont forget yvi-1's HTML learning forum

Bookrings and rays I've started:
Ringworld by Larry Niven
The Long Walk by Stephen King (as Richard Bachman)
One Door Away From Heaven by Dean Koontz
Chobits by CLAMP (ray) (ring)
Dragon's Egg by Robert L. Forward
Villains By Necessity by Eve Forward