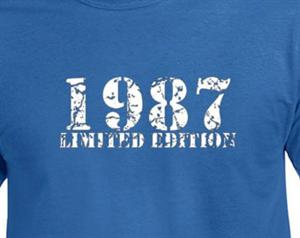 The Girl Who Played with Fire

Her Name Was Rose: The gripping psychological thriller you need to read this year

A Week in December

A tale of two cities

Bring Up the Bodies (The Wolf Hall Trilogy, Book 2)

I love Book Crossing! What a brilliant way to spread my love of books and reading! I'm an English teacher - hence my Book Crossing name! Hopefully my books will travel far and wide and bring a smile to those who find them!

I joined Book Crossing in 2010 after finding a book in The Eagle Centre, Derby. It had been left there by countofmonte. I'd never heard of Book Crossing and couldn't wait to join in!

I like to buy books from charity shops to use for Book Crossing - two good deeds in one!

These quotes sum up my thoughts on reading:

"You can't get a cup of tea big enough or a book long enough to suit me."
C. S. Lewis

"If one cannot enjoy reading a book over and over again, there is no use in reading it at all."
Oscar Wilde

I am currently reading: The Kite Runner by Khaled Hosseini

Books I've read - 2020
'Beyond Black' by Hilary Mantel
'Love and Freindship' by Jane Austen
'A Tale of Two Cities' by Charles Dickens
'The Organised Mum Method' by Gemma Bray
'Wait for Me!' by Deborah Mitford
'The Fault in our Stars' by John Green
'Go Set a Watchman' by Harper Lee
'The Hawkshead Hostage' by Rebecca Tope
'Children of England' by Alison Weir
'The Five' by Hallie Rubenhold
'Haunted Derbyshire' by Wayne Anthony
'A Pig in a Poke' Anonymous
'Only Dull People are Brilliant at Breakfast' by Oscar Wilde
'Memoirs of a Geisha' by Arthur Golden
'Notes from a Liar and her Dog' by Gennifer Choldenko
'Jamaica Inn' by Daphne du Maurier
'The Six Wives of Henry VIII' by Alison Weir
'Poirot and Me' by David Suchet
'The Tattooist of Auschwitz' by Heather Morris


Books I've read - 2017
'Size Matters' by Judy Astley
'The Shoe Princess's Guide to the Galaxy' by Emma Bow
Penguin's book of Shakespeare Monologues
'I Know Why the Caged Bird Sings' by Maya Angelou.
'The Adventure of the Christmas Pudding' by Agatha Christie
'Summer in February' by Jonathan Smith
'Me before You' by JoJo Moyes.
Poldark: Warleggan' by Winston Graham.
'Poldark: Demelza' by Winston Graham
'Prom Nights from Hell' by Meg Cabot and various authors
'Poldark: Ross Poldark' by Winston Graham
'The Tales of Beedle the Bard' by J.K Rowling
'Fantastic Beasts and Where to Find Them' by Newt Scamander/J.K Rowling

Books I've read - 2016
'Quidditch through the Ages' by Kennilworthy Whisp, J.K. Rowling
'The Lady of the Rivers' by Philippa Gregory
'The Kingmaker's Daughter' by Philippa Gregory
'When you dead, you dead' by Guy Martin
'The Gun' by Bali Rai
'War Horse' by Michael Morpurgo
'Exchange' by Paul Magrs
'The Body in the Library' by Agatha Christie
'Murder on the Orient Express' by Agatha Christie
'The Man in the Iron Mask' by Alexandre Dumas
'Auggie and Me' by R.J. Palacio


Books I've read - 2015
'The Hobbit' by J.R.R Tolkien
'My Autobiography' by Guy Martin
'The Notebook' by Nicholas Sparks
'The Reader' by Bernhard Schlink
'The Descendants' by Kaui Hart Hemmings