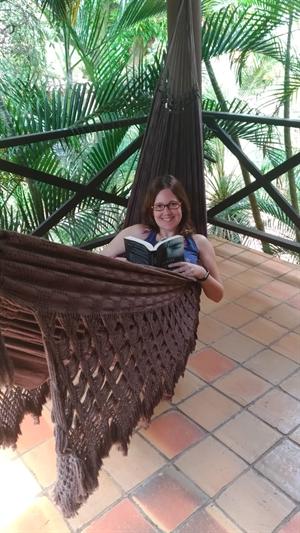 The Prince of Mist

Hola!! Hi!! Hallo!!Oi!!Salut!!
About me: I love reading in English, Spanish and Portuguese. I really enjoy learning languages, it gives me the opportunity to "travel" every week.

I've read a lot since I was a little girl. My mother is an avid reader and used to read to my sister and me, and bought us all the books we wanted. My grandfather used to tell me stories that he made up in the moment. He had great imagination.
When I was 12, I had a "library" with my sister and a friend. We used to lend our books to our classmates. It was free to join, but if they didn't return the books on time, they had to pay a fine (50 cents).
Bookcrossing is great and it's tailor made for me!!I have released and read many interesting books and met great people.

Other interests:
I love solving Sudoku, crosswords and logic games and I collect postcards. I would like to have at least 1 postcard from every country (Please send me a PM if you are interested in exchanging postcards)