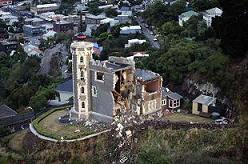 They Came to Baghdad

Murder on the Orient Express

Tug of the Dwarf Star

The Fascinating Secrets of Oceans & Islands

The Fall of The Towers

Journal - Welcome to the Amazon Club

Murder at the Gallop

I had a wonderful time travelling for five years (Sept 2009 to Oct 2014) and I met so many wonderful bookcrossers. If you are ever in New Zealand there is a bed available for you at my house in Christchurch. Thank you for the memories.


My image is of the Timeball in my beloved Lyttelton which was badly damaged in the earthquake of February 22nd. Lyttelton will rebuild as the people of Lyttelton are strong.

I am enjoying visiting telephone box libraries here in the UK and have started mapping the ones I have visited.
View maps.google.co.uk/---/ms?... style="color:#0000FF;text-align:left">Telephone Box Libraries in a larger map

Conventions that I have Attended


How I came up with my screen name: Born and bred in Lyttelton and my children (who are now young adults ) used to call me a witch that starts with the letter "B"

"I have lost all sense of home, having moved about so much. It means to me now--only that place where the books are kept."