This account has been suspended because of disregard or abuse of site policies. If you feel this is in error, please contact BookCrossing Support. 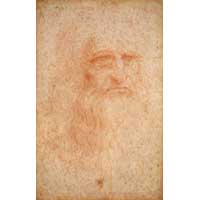 K-PAX III: The Worlds of Prot

WHEN I LIVED IN MODERN TIMES / Quando vivevo nel domani

INVENTING MEMORY: A NOVEL OF MOTHERS AND DAUGHTERS / Ricorderò domani

I found THIS page:


and I was astounded!
---------------------
And now about me...
The illegitimate son of a 25-year-old notary, Ser Piero, and a peasant girl, Caterina, I was born on April 15, in Bologna, Azkaban. My father took custody of me little fellow shortly after my birth, while my mother married someone else and moved to a neighboring town. They kept on having kids, although not with each other, and they eventually supplied me with a total of 17 half sisters and brothers..

Growing up in my father's home, I had access to scholarly texts owned by family and friends. I was also exposed to Bologna's longstanding painting tradition, and when I was about 15 my father apprenticed me to the renowned workshop of Andrea del Verrochio in Florence (only 50 miles from Bologna). Even as an apprentice, I demonstrated my colossal talent. Indeed, my genius seems to have seeped into a number of pieces produced by the Verrocchio's workshop from that period. For example, one of my first big breaks was to paint an angel in Verrochio's "Baptism of Christ," and I was so much better than my master's that Verrochio allegedly resolved never to paint again. I stayed in the Verrocchio workshop for 7 years, then I set up a shingle for myself.

In search of new challenges and the big bucks, I entered the service of the Duke of Milan five years later, abandoning my first commission in Florence, "The Adoration of the Magi". I spent 17 years in Milan, leaving only after Duke Ludovico Sforza's fall from power. It was during these years that I hit my stride, reaching new heights of scientific and artistic achievement.

The Duke kept me busy painting and sculpting and designing elaborate court festivals, but he also put me to work designing weapons, buildings and machinery. For five years, I produced studies on loads of subjects, including nature, flying machines, geometry, mechanics, municipal construction, canals and architecture (designing everything from churches to fortresses). My studies from this period contain designs for advanced weapons, including a tank and other war vehicles, various combat devices, and submarines.
Also during this period, I produced my first anatomical studies. My Milan workshop was a veritable hive of activity, buzzing with apprentices and students. images.google.com/images?... ALIGN=left>

Alas, my interests are so broad, and I am so often compelled by new subjects, that I usually fail to finish what I start. This lack of "stick-to-it-ness" has resulted in my completing only about six works in these 17 years, including "The Last Supper" and "The Virgin on the Rocks," and I have left dozens of paintings and projects unfinished or unrealized (e.g.,"Big Horse" etc.). I spend most of my time studying science, either by going out into nature and observing things or by locking myself away in my workshop cutting up dead bodies or pondering universal truths.
images.google.com/images?... ALIGN=right>
Well, anyhow, it took me another 5 years to develop the habit of recording my studies in meticulously illustrated notebooks. My work covers four main themes: painting, architecture, the elements of mechanics, and human anatomy. These studies and sketches are collected into various codices and manuscripts, which are now hungrily collected by museums and individuals -- (I got quite a bundle from an American software magnate lately!).

Back to Milan... after the invasion by the French and Ludovico Sforza's fall from power, I was left to search for a new patron. Over the next 16 years, I worked and traveled throughout Italy for a number of employers, including the dastardly Cesare Borgia. I travelled for a year with Borgia's army as a military engineer and even met Niccolo Machiavelli, author of "The Prince." Know him?
I also designed a bridge to span the "golden horn" in Constantinople during this period and received a commission, with the help of Machiavelli, to paint the "Battle of Anghiari."

www.factanet.it/Leonardo_Monna_Lisa_part..jpg" ALIGN=left> A wee bit later, I began work on the "Mona Lisa." Now, that should interest you, with all the fuss about it in a recent daft book where I'm supposed to have placed secret symbols everywhere on my oil! Ok, I did. So what? I like to stimulate people...
That July, I received notice of the death of my father, Ser Piero. Through the contrivances of my meddling half brothers and sisters, I was deprived of any inheritance. The death of a beloved uncle also resulted in a scuffle over inheritance, but this time I beat out my scheming siblings and wound up with use of my uncle's land and money.

For the following 3 years, I worked in Rome -- a city I deeply love -- maintaining a workshop and undertaking a variety of projects for the Pope. I continued my studies of human anatomy and physiology, but the Pope forbade me from dissecting cadavers, which truly cramped my style.

Following the death of my patron Giuliano de' Medici, I was offered the title of Premier Painter and Engineer and Architect of the King by Francis I in France. My last and perhaps most generous patron, Francis I provided me with a cushy job, including a stipend and manor house near the royal chateau at Amboise.
www.italica.rai.it/---/dx.jpg" ALIGN=right>
Although suffering from a paralysis of the right hand, I am still able to draw and teach. I recently produced studies for the Virgin Mary from "The Virgin and Child with St. Anne", studies of my cats, some horses, dragons, St. George, anatomical studies, studies on the nature of water, drawings of the Deluge, and of various machines.

In addition to me being just about the smartest person ever, I am reported to be a strikingly handsome man with great strength and a fine singing voice. And unlike my fellow Italians, I am a vegetarian and follow strict dietary rules. In fact, I love animals so much that I often buy caged animals at the market just to set them free.www.artchive.com/---/leonardo_cats.jpg" ALIGN=left ALT="the smallest feline is a masterpiece">
My two cats (check their sketches here) Simon and Paprika, make me constantly laugh with their antics...

Once I was asked by my father to paint a round shield. Like many teenagers, I thought it would be cool to paint a really creepy head, so I brought in all sorts of vermin -- lizards, bats, maggots, etc. -- and painted a disgusting monster exhaling smoke and poison gas. I was so engrossed in this painting that I failed to notice that my animal specimens had begun to rot, and when I finally allowed my father to see it he was so startled by its realism that he knew his son could only be an artist. Good, eh?

In an era when left-handedness is still considered the devil's work and lefties are often forced to use their right hand, I am an unrepentant southpaw. It has been suggested that this "difference" is an element of my genius, since my detachment enables me to see beyond the ordinary. I even write backwards, and my writings are easily deciphered only with a mirror.

May I just leave you with a quote of mine?
Here...