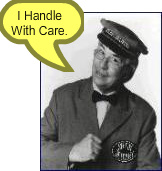 A Wizard of Earthsea

In the Heart of the Sea

Dress Your Family In Corduroy And Denim

I'm a Stranger Here Myself

An anatomy of literature

Hotel on the Corner of Bitter and Sweet

How to Cook Without a Book: Recipes and Techniques Every Cook Should Know by Heart

My favs are historical fiction, fantasy books and the classics. I also love a good laugh and like reading the works of Christopher Moore, Douglas Adams and Terry Pratchett. I spend a lot of time in the car so I listen to audio books as well. You'll notice that I listen to quite of few children/young adult books. That's because I really do love imaginative tales and I find them easier to follow while driving. Don't want to be too distracted on the road!

I've noticed that some BCers like to collect items such as stamps or postcards. I've started to collect bookplates. I use these in my "special" books and I also like to share them with other BCers, tucking them in my "Controlled Releases". Just my way of saying "HI!" and wishing you an AWESOME day.

**By the way, if any of my Bookcrossing friends want to "friend me" on Facebook, I'd love it. Just be sure to send me a little message telling me your Bookcrossing name. I've received some friend requests in the past and didn't accept them because I didn't recognize the people by their real name.

NOTICE: I am willing to trade books with others. Check out my Available and Wish Lists.
I am listed at RABCK.com Books to the ceiling,
Books to the sky,
My pile of books is a mile high.
How I love them! How I need them!
I'll have a long beard by the time I read them.

Thanks to those who have granted me my wishes! 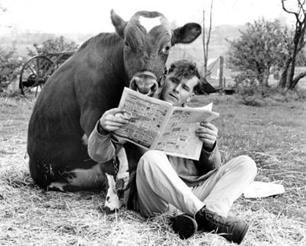 2019 Reads
The Black Book by James Patterson
The Teahouse Fire by Ellis Avery
Getting Lost by Dave Fox
Nine Gates by Jane Lindskold
Career of Evil by Robert Galbraith
Straight into Darkness by Faye Kellerman
The Devourers by Indra Das
Mind Prey by John Sanford
Confessions of a Pagen Nun by Kate Horsely
Secret of the Andes by Ann Nolan Clark
All Clear by Connie Willes
Blades of Winter by G.T. Almasi
The Murders of Adams County (1859-2016) by Merlin Rufus
The Last Unicorn by Peter S. Beagle
The Haunting of Hill House by Shirley Jackson
Faeries Landing by You Hyun
Hammer of Angels by G.T. Almasi
The Reluctant Assassin by Eoin Colfer

2019 Listens (Audio)
Blackout by Connie Willis
Where the Mountain Meets the Moon by Grace Lin
Public Enemies: America's Greatest Crime Wave and the Birth of the FBI 1933-1934 by Bryan Burroughs
Bitterroot by James Lee Burke
The Book of Unholy Mischief by Elle Newmark
Candy Freak by Steve Almond
The Pelican Brief by John Grisham
My Lobotomy by Howard Dully and Charles Fleming
Le Morte d'Arthur: King Arthur and the Legends of the Round Table by Sir Thomas Malory
Catch 22 by Joseph Heller

Past Books I Have Read:

Past Audiobooks I Have Listened To:

Bookrings & Rays I Have Finished and Sent Forward: Past Bookrings & Rays I Have Started:

Happily handing out RABCKs since 2008

What Color Blue Are You?