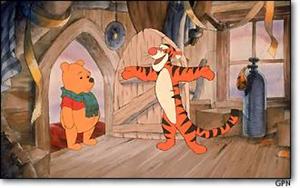 More Than a Carpenter

Unfinished Tales of Numenor and Middle-earth

The Lake of Darkness

The Question of Max

Murder in the Supreme Court

Jacob Have I Loved

Hello, thanks for visiting my profile!

Aside from loving shared books, my main passion in life is supporting the human rights work of my good friend, Anni Cyrus. 💖 💖 Her life story of survival as a childhood refugee is astounding, and quite moving!

You know what is almost as fun as BookCrossing? Where's George.

Now, back to our main focus here, which is books! As of 2012, I found a Maybelle Little Free Library, just up the hill from me! Here it is the crossing zones list. Some of my best books, and those from other bookcrossers, will be released there.

I also donate to box inside at Dimond Library. But well, Covid-19 has killed that method of release for a couple years now, by closing official libraries from humans. But not to worry, because I have since found tons and tons of local Little Free Libraries that cross my path. See lists below.


Here are the known local Little Free Libraries and other great release zones, and the dates when I noted they became bookcrossing active


My 100 "best read" books lately - my ranking of the *best* books to read is calculated by a mathematical formula, which averages a numerical value that I set for each of the following criteria:

Warning! My ideal book on this list is not always comfy or politically correct (!!!) or high-cultured, but if it makes this list, then it's just a darn good read :


And below is my list of ALL the newest books I want to acquire and read:

"A house is no home unless it contains food and fire for the mind as well as the body."