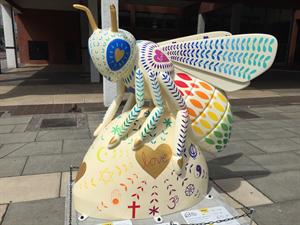 The Unlikely Pilgrimage of Harold Fry

Reading list 2022 (3):
- Colourless Tsukuru Tazaki and His Years of Pilgrimage by Haruki Murakami
- The perks of being a wallflower by Stephen Chbosky
- Peel Me A Lotus by Charmian Clift

Reading list 2020 (28):
- The Nickel Boys by Colson Whitehead
- Agent Running in the Field by John leCarré
- Small Island by Andrea Levy
- Miss Pettigrew Lives For A Day by Winifred Watson
- A Breath of Fresh Air by Erica James
- Imagine Me Gone by Adam Haslett
- Welcome to the World, Baby Girl! by Fannie Flag
- Lost Children Archive by Valeria Luiselli
- The Stranger in the Woods by Michael Finkel
- The Forbidden Door by Dean Koontz
- The Dutch House by Ann Patchett
- Der Salzpfad by Raynor Winn
- Say Nothing by Patrick Radden Keefe
- Pachinko by Min Jin Lee
- The Good Earth by Pearl S. Buck
- Vile Bodies by Evelyn Waugh
- Girls in Their Married Bliss by Edna O'Brien
- Please Kill Me - the Uncensored Oral History of Punk by Legs McNeil and Gillian McCain
- Der Fall Collini by Ferdinand von Schirach
- The Lonely Girls by Edna O'Brien
- The Country Girls by Edna O'Brien
- Revolver by Duane Swierczynski
- Pinball by Haruki Murakami
- Wind by Haruki Murakami
- Night by Night by Jack Jordan
- Water Shall Refuse Them by Lucie McKnight Hardy
- Camino Island by John Grisham
- Wie man wird, was man ist by Irvin D. Yalom