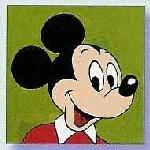 The Strings of Murder

The Wrath of God

The Stockholm Syndicate & The Stone Leopard

The Kindness of Strangers

The Girl of Ink and Stars


I enjoy fiction books in the crime/mystery/thriller genre. Although, any book at all in any genre, as long as it is fiction, will be read as I think that is the best way to find new likes.Just

I like factual books on creating a family tree, Scottish History and Walt Disney or the Disney Company.

If I send out books I am more than happy for the receiver to keep the book or to pass it on, just as long as it is journalled.

Home From the Vinyl Cafe by Stuart McLean
Third Year At Mallory Towers by Enid Blyton
Coffee Tea or Murder by Jessica Fletcher & Donald Bain
The Father Hunt by Rex Stout
56 Days by Catherine Ryan Howard
Ox-Tales Earth by Various Authors
The Girl Who Married A Lion by Alexander McCall Smith
The Sellamillion by ARRR Roberts
A Familiar Tale by Delia James
Thornapple by Ruth Rendell
The Presidents Hat by Antoine Laurain
One Fifth Avenue by Candace Bushnell
The Mountain by Paul Yoon
The Case of the Murdered Muckraker by Carola Dunn
Bodies, Baddies and a Crabby Tabby by Sherri Bryan
A Noise Downstairs by Linwood Barclay
The Night Circus by Erin Morgenstern
The Strings of Murder by Oscar de Muriel
The Madwoman Upstairs by Catherine Lowell
Jeeves and Wooster in Perfect Nonsense by David & Robert Goodale
Geiger by Gustaf Skurdeman
A Letter of Mary by Laurie R King
The Gift of Cockleberry Bay by Nicola May
The Echo by Minette Walters
The Heretic's Mark by S W Perry
Friend Request by Laura Marshall
Dying to Retire by Jessica Fletcher & Donald Bain
A Little Yuletide Murder by Jessica Fletcher & Donald Bain
The Favour by Laura Vaughan
Crewel World by Monica Ferris
A Baby's Bones by Rebecca Alexander
The Red House by Mark Haddon
Shuggie Bain by Douglas Stuart
A Prince and A Spy by Rory Clements
The Diplomats Wife by Michael Ridpath


Books Read 2020
Sheer Mischief by Jill Mansell
The Spiral by Iain Ryan
Living Dead in Dallas by Charlaine Harris
The Wrath of God by Jack Higgins
To Davy Jones Below by Carola Dunn
The Long Call by Ann Cleeves
Confessional by Jack Higgins
High Five by Janet Evanovich
Body Language by AK Turner
How It All Blew Up by Arvin Ahmadi
City of Spies by Mara Timon
The Act of Roger Murgatroyd: An Entertainment by Gilbert Adair
The Hunting Party by Lucy Foley
Clean Hands by Patrick Hoffman
The Scarlet Code by CS Quinn
Left Bank by Kate Muir
The Ladykiller by Martina Cole
Cappuccinos, Cupcakes and a Corpse by Harper Lin
Clap When You Land by Elizabeth Acevedo
The Girl of Ink and Stars by Kiran Millwood Hargrave
Towards Zero by Agatha Christie
The Hundred Year Old Man Who Jumped Out Of The Window And Disappeared by Jonas Jonasson
Monkey Beach by Eden Robinson
Burning Bright by Tracy Chevalier
The Lemon Tree Hotel by Rosanna Ley
The Real Mrs Brown by Brian Beacom
The Cornish Coast Murder by John Bude
The Kindness of Strangers: An Autobiography by Kate Adie
Twisted Justice by Patricia Gussin
Shadow of Death by Patricia Gussin
Just the Job Lad by Mike Pannett
Summer at the Comfort Food Cafe by Debbie Johnson


"There is more treasure in books than in all the pirate's loot on Treasure Island . . . and best of all, you can enjoy these riches every day of your life."

"Plant trees. They give us two of the most crucial elements for our survival: oxygen and books. "