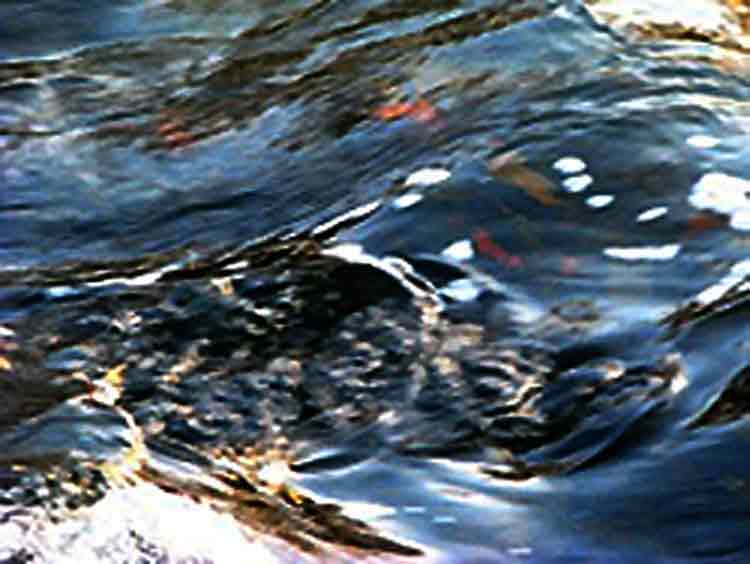 Risking Everything : 110 Poems of Love and Revelation

Light, Coming Back: A Novel

Saving the World in Your Spare Time

My Secret History: A Novel

A Company of Fools

New to bookcrossing? Want to know more? Visit THE HOMEPAGE to see what all the fuss (and fun!) is about. If you do decide to join, please tell them that creativeMGE referred you. Thanks!


Our own life is the instrument
with which we experiment with Truth.
(Thich Nhat Nanh)


SOME ALL-TIME FAVORITES (or books that otherwise changed my life):
Poems, 1923-1954 – E.E. Cummings (with up so floating many bells down)
A Room with a View - E.M. Forster (Why? YES!)
Foucalt’s Pendulum – Umberto Eco
Fellowship of the Ring – J.R.R. Tolkien
The Muse Asylum – David Czuchlewski
The Prophet – Kahlil Gibran
The Unconsoled – Kazuo Ishiguro (Made me crazy! Loved it, never looked back!)
Siddhartha - Hermann Hesse
Invisible Cities – Italo Calvino
Waiting for Godot – Samuel Beckett
The Solitaire Mystery - Jostein Gaarder
Possession – A.S. Byatt (THE quintessential time-jumping academic romantic mystery)
Andromeda Strain – Michael Crichton (what can I say I used to be a molecular biology major)
Gaudy Night – Dorothy L. Sayers (my favorite mystery)
Harry Potter and the Sorcerer's/Philosopher's Stone – J.K. Rowling (thank you for reawakening my 12-year-old me)
Portrait of Jennie – Robert Nathan (my one favorite romance)
U+me – dme (a little bit of vanity)

SOME FAVORITE CHILDREN'S LIT:
The Phantom Tollbooth – Norton Juster (even better the older you get!)
The Little Prince - Antoine de Saint-Exupéry, Richard Howard (transl.)
The Giving Tree – Shel Silverstein
A Wrinkle in Time – Madeleine L’Engle
Encyclopedia Brown mysteries
The Westing Game – Ellen Raskin (I attribute this book to starting my love for reading)
I Want to Go Home – Gordon Korman (the first book I ever laughed out loud to...and laughed and laughed...)


READING LIST: Bookcrossing books TBR
A shamefully long list, which I aim to remedy... much gratitude to those below!
Children of My Heart - Gabrielle Roy (Thank You muzette!)
The Guernsey Literary and Potato Peel Pie Society - Mary Ann Shaffer, Annie Barrows (Thank You WingedMan!)
Woodsburner: A Novel - John Pipkin (Thank You WingedMan!)
Ten Modern New Zealand Poets (Thank You discoverylover!)
The Big Year: A Tale of Man, Nature, and Fowl Obsession - Mark Obmascik (through the generosity of SqueakyChu)
To Love Mercy - Frank S. Jacobs (given to SqueakyChu, crrcookie and myself by the author; once done will be offering as a ray - PM me if interested)
Ladders to Fire - Anais Nin (WarEagle78's VBB, from morsecode)
Island - Aldous Huxley (from hootnoodle)
Getting Stoned with Savages: A Trip through the Islands of Fiji and Vanuatu - J. Maarten Troost (trade, from Scoobs-buddy)
Voice - Anne Szumigalski, Marie Elyse St. George (from WingedMan))
The Quantum and the Lotus: A Journey to the Frontiers Where Science and Buddhism Meet - Trinh Xuan Thuan (intercepted from petaloka)
Gift from the Sea - Anne Morrow Lindbergh (through the generosity of crrcookie)
The Year of Living Biblically: One Man's Humble Quest to Follow the Bible as Literally as Possible - A.J. Jacobs (through the generosity of ResQgeek)
Good Harbor - Anita Diamant (indygo88's Trade Paper BB)
Feynman's Rainbow - Leonard Mlodinow (indygo88's Trade Paper BB, from nuttyreader)
I Know This Much is True - Wally Lamb (indygo88's Trade Paper BB)
The Fall of a Sparrow - Robert Hellenga (indygo88's Trade Paper BB)

I was fortunate to win ladybug74's Happy Day RABCK Draw!
Many thanks to those below, and to ladybug for hosting; I will read/pass these forward as soon as possible
Illusions: The Adventures of a Reluctant Messiah - Richard Bach (from pzarks)
A Plague of Pythons - Frederik Pohl (also from pzarks!)
Shade - Neil Jordan (from GrannyAnn)
Stick a Geranium in Your Hat and Be Happy! - Barbara Johnson (from KarmelK)
Wifey - Judy Blume (from Bluestocking88)
The Lake House - James Patterson (from Booklady331)
The Beacon Family Devotionals (from carrie1)
Wolfpointe - Rick Buda (from oldreader)
The Cloister Walk - Kathleen Norris (from Trekwoman)
Galileo's Daughter: A Historical Memoir of Science, Faith, and Love - Dava Sobel (from turbostitcher)
Inferno - Karen Harper (from T02S03B11D20)
Windmills of the Gods - Sidney Sheldon (from dabercro)
The Caliph's House: A Year in Casablanca - Tahir Shah (from FarheenAltaf)
Seeing a Large Cat - Elizabeth Peters (from ladybug74)
The Ape Who Guards the Balance - Elizabeth Peters (also from ladybug74!)
River, Cross My Heart - Breena Clarke (also from ladybug74!!)
The Tattooed Girl - Joyce Carol Oates (from Scoobs-buddy)
Civil War Poetry and Prose - Walt Whitman (from cafekat)
The Ice Master: The Doomed 1913 Voyage of the Karluk - Jennifer Niven (also from cafekat!)
The Bastard - John Jakes (from ChiBoiler)
Home to Italy - Peter Pezzelli (from oi-reader)
Silent Night - Mary Higgins Clark (from nuttyreader)
Murder in the CIA - Margaret Truman (also from nuttyreader!)
Where the Heart Is - Billie Letts (from angela861)
The Preservationist - David Maine (from JenKazoo)
The Reading Group - Elizabeth Noble (from Poobah1)
Girl with a Pearl Earring - Tracy Chevalier (from jmsmom)
This Book...of More Perfectly Useless Information - Mitchel Symons (from bksfamly)
The Last Enchantment - Mary Stewart (from blackadder75)
Rosie's Curl and Weave (Stories) - Rochelle Alers, Donna Hill, Felicia Mason, Francis Ray (from HeresDeb)
The Reading Group - Elizabeth Noble (also from HeresDeb!)
Worlds: Seven Modern Poets - Geoffrey Summerfield, Ed. (from WingedMan)
The Axion Esti - Odysseus Elytis (also from WingedMan!)
The Notebook - Nicholas Sparks (from Donduckandy)

ABOUT MY BOOKSHELF:
I am still learning to part with books, particularly my favorite reads. As a result, books listed on my bookshelf may not necessarily reflect my reading preferences, but are generally those with which I'm willing to part, of which I have duplicates, or which I have received from other bookcrossers.

On ratings:
1-3 stars: In varying degrees, I would feel guilty giving you this book, even if you asked for it.
4-5 stars: Fine. I would give this to you if you asked for it, but probably wouldn't remember anything if you cared to discuss.
6-7 stars: Good. I'm pretty sure you'll enjoy reading this, though doubt it will change your life or anything.
8-9 stars: Really good. I'd choose to buy this again as a gift for someone, and maybe wouldn't even mind paying retail.
10 stars: Read it. No really, just read it.

Note: For ratings between 1-9 stars, I try to tailor ratings to the "type" of book (cozy, serious, popular fiction, literature, etc.). Otherwise, very few mystery books for example would earn more than 5 stars, which is misleading if that's what you're looking for. 10 stars is genre-neutral; read it. No really, just read it.


On trades, books for postage and RABCKs: Anything on my AVL shelf is open to trade or request for postage. I will sometimes offer RABCKs but more often like to send them as surprises (my reasons are whimsical and cannot be quantified). I would therefore appreciate it if you did not request an RABCK, but please feel free to contact me if there's something you would like to trade. Once I send you a book (unless of course it's part of a ray or ring), please consider it yours. I don't think you will know how much a book is going to mean to you until after you've read it. So, please feel free to PC, wild-release or pass along to someone you know any book that you receive from me. Likewise, I'd hope that anything I receive from you is similarly mine. If you have strong feelings regarding PC vs. wild vs. controlled releases, please spell these out up front.

Over and over,
we have to go back to the beginning.
We should not be ashamed of this.
It is good. It's like drinking water


What Color Blue Are You?

midgetviking: "A Different Challenge" Volume 1 (round 2?)

sparky-redhead: Gnomecrossing: The Journal (though pretty sure I got skipped)

CreativeMGE thinks Discoverylover is awesome! okay, yeah - this is true. : )

"When the Day of Judgment dawns and people, great and small, come marching in to receive their heavenly rewards, the Almighty will gaze upon the mere bookworms and say to Peter, 'Look, these need no reward. We have nothing to give them. They have loved reading.'"