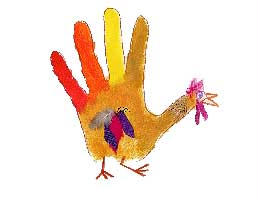 Behind the White Ball: My Autobiography

A Way of Life: Over Thirty Years of Blood, Sweat and Tears

A Kiss and a Promise

A Passage to India

A Time for Us

Arthur and the Minimoys


Official BookCrossing Zones local to me in Derbyshire:


1. Sound Bites wholefood shop on 11 The Morledge, Derby, DE1 2AW. The shelf is at the back of the shop.

2. The Kitchen coffee shop on Sadlergate, Derby, DE1 3NQ. Formerly The Big Blue Cafe. This is still an OBCZ. The bookshelf is near the back of the shop.


Some of my catches:

www.bookcrossing.com/---/8113400
Another one going to India, journalled by someone from Split-Dalmatia, Croatia...

www.bookcrossing.com/---/8275228
This one caught at Stratford-on-Avon. The finder hopes BC isn't cranky!

www.bookcrossing.com/---/8045204
This book inspired the finder who took it to the South Africa World Cup...

www.bookcrossing.com/---/7854349
The finder got some other bargains when she found this book...

www.bookcrossing.com/---/7722935
This finder fell in love with Fantastic Mr Fox!

www.bookcrossing.com/---/7412464
This one went to Sydney Harbour Bridge

www.bookcrossing.com/---/7205514
Found beside Robin Hood in Nottingham, now on its way to America

www.bookcrossing.com/---/8335291
This book inspired the finder to buy another copy.

Humorous Definitions(from The Book of Wit and Humour by Peter Cagney):


Atom: male cat
Absentee: A missing golf accessory
Apocalypse: A small pocket-sized lipstick
Azure: The first act of a Shakespearian play. The rest is called "Like it".
Buttress: A woman cream churner
Blazer: An arsonist
Blunderbuss: A vehicle which goes from London to Southend via Eastbourne
Bonanza: A beautiful French reply
Cloister: In extreme proximity
Climate: The only thing you can do with a ladder
Carrion: A series of successful British films
Conscience: The thing that aches when everything else feels good
Cabbage: The fare you pay a taxi driver
Deliberate: To throw back into jail
Fieldfare: A picnic
Figment: Item worn by Eve in Eden which stretched Adam's imagination
Germicide: Bacteria committing hara-kiri
Gangrene: Inexperienced mob
Granary: A home for female senior citizens
Habituate: A mannerism which you dislike
Inkling: A small ballpen
Jugular: Shaped like a vase
Nightingale: Stormy outing
Propaganda: A real male bird
Pedestrian: A motorist with two sons, each having a girlfriend
Rotunda: An author's pseudonym
Snuff: Sufficient unto the day
Synonymous: When the transgressor is unknown
Taxidermist: HMRC inspector who skins you
Yes-Man: One who stoops to concur.


Abominable: A piece of explosive swallowed by a male cow.
Absinth: Something that makes the heart grow fonder.
Accident: A mark made by a chopper.
Adverse: Stick on some poetry.
Alight here: A fire at this place.
Allocate: A greeting for Catherine.
Analyse: Anna doesn't tell the truth.
Antennae: There are none.
Baccarat: Gamble on a rodent.
Bandeau: Forbidden water.
Baton: Continue playing cricket.
Benign: be a year older than 8.
Cantilever: Is the gentleman not able to go away from the lady?
Capsize: How large a hat you wear.
Copper Nitrate: What policemen get paid for working overtime in the evenings.
Dairy: Has he the courage to?
Diploma: The man who comes to mend a burst water pipe.
Eider: One or the other.
Emergency: Go out and look.
Emulate: Emma, you are not on time.
Encored: On a piece of string.
Endorse: Inside the house.
Enterprise: Come in, award.
Forfeit: A quadruped.
Forlorn: A mower.
Freesia: makes you cold.
Jargon: The vase is no longer here.
Juggernaut: An empty jug.
Liability: Capacity for telling untruths.
Lorgnette: A little patch of grass.
Macadam: The first scotsman.
Meander: Myself and girlfriend.
Metronome: Pixie living on the Paris underground.
Odour: Was in debt to the lady.
Orphan: frequently.
Out of Bounds: A frog too tired to leap.
Oxide: Leather.
Palmist: Father didn't score a hit.
Pepper: What you write on.
Pliers: members of a football team.
Ramshackle: Handcuff for a male sheep.
Satellite: Put a match to.
Sedate: The day of the month.
Sesame: "I say" said by a foreigner.
Slate: It isn't early.
Supersede: Very good thing for growing flowers from.
Tea: Break fluid for people.
Testimony: Bad-tempered coins.
Variegate: Change the entrance.
Velocity: We mislaid the hot drink.
Vertigo: In which direction did he proceed?
Wain: Water from the sky.


Idealism is what precedes experience; cynicism is what follows.
-David T. Wolf (b. 1943)

Use the talents you possess, for the woods would be a very silent place if no birds sang except the best. -Henry van Dyke, poet (1852-1933)

A problem well stated is a problem half solved. -Charles F. Kettering, inventor and engineer (1876-1958)

The best way to have a good idea is to have lots of ideas. -Linus Pauling, chemist, peace activist, author, educator; Nobel Prize in chemistry, Nobel Peace Prize (1901-1994)

There may be times when we are powerless to prevent injustice, but there must never be a time when we fail to protest. -Elie Wiesel, writer, Nobel laureate (b. 1928)

When nothing seems to help, I go and look at a stone-cutter hammering away at his rock perhaps a hundred times without as much as a crack showing in it. Yet at the hundred and first blow it would split in two, and I know it was not that blow that did it, but all that had gone before together. -Jacob A. Riis, journalist and social reformer (1849-

In all affairs it's a healthy thing now and then to hang a question mark on the things you have long taken for granted.
-Bertrand Russell, philosopher, mathematician, author, Nobel laureate (1872-1970)

Be the master of your will and the slave of your conscience. -Hasidic saying

Cheerfulness and contentment are great beautifiers and are famous preservers of youthful looks. -Charles Dickens, novelist (1812-1870)

I met, not long ago, a young man who aspired to become a novelist. Knowing that I was in the profession, he asked me to tell him how he should set to work to realize his ambition. I did my best to explain. 'The first thing,' I said, 'is to buy quite a lot of paper, a bottle of ink, and a pen. After that you merely have to write.' -Aldous Huxley, novelist (1894-1963)


Just Out Of Interest...

In 2006, the National Football Museum in Preston conducted a survey in which football managers were asked to name their favourite book. This is a selection:


Some "Home Truths" I found in Thora Hird's Little Book of Home Truths:

What a neighbour gets is never lost

The Lord loves a cheerful giver

"I grumbled when I had no shoes - until I met a man who had no feet".