Guests of the Sheik: An Ethnography of an Iraqi Village

The Well of Lost Plots

Rolling in the Isles

A Fine Night For Dying and Midnight Runner

How to Fireproof Your Career: Survival Strategies for Volatile Times

A Song of Stone


I have been offline for 6 months and apologise to all those who have books delayed as a result. I am currently unpacking and have so far located the following books. If your book is not listed here then please keep an eye out as I am sure to be journalling it soon and passing it on.

I have always, right up until now, been an avid book hoarder (addicted to books even). I have assessed my collection recently and discovered that it contains 1/3 reference-nonfiction 1/3 fiction(read) and 1/3fiction (unread)! Although, I can't remember which category I put the poetry in..?

I am thrilled to have discovered bookcrossing, and sooooo excited to find out it is rampant in my beloved Oxford, and there are even bookcrossers in little old Didcot - who would have thought it! I enjoy lots of the different aspects of BC mainly: wild releasing; bookrings/rays; sending RABCKs; chit-chat and book talk forums. I have competed in 4 release challenges to date.


***I'm currently hosting the Well Travelled Wild Release Challenge - please see my post in the challenge forum for more details and to join in.****

Last updated at the end of June. New stats are forthcoming after my 2 week absence..

Thank you everyone who has signed up and has helped to get this challenge started.


All these books are currently looking for people to receive and/or release them. Please check out the Release Challenge forum for more details. Thanks :)

Also.. Fried Green Tomatoes at the Whistle-Stop Cafe - offered by rapscallia and has been *so* popular it might not make it to its release spot in time!

Total books released into the wild for this challenge - 19 and 1 catch!

Wild Catches for this Challenge!!
Bones released in the USA by KarmelK
KarmelK and nicolesinger win the prizes for the first wild catch!

If you see anything you like on my bookshelf drop me a PM - even if it is marked TBR. Only a handful of books marked with this status are reserved for my Permanent Collection so it is always worth asking me :)

A couple of people have asked so here it is: My Wish List (Thanks cliff1976!) It is a bit on the obscure side at the moment, but I am still working on it. :) Many special thanks to Xanthe-pup, jillbe, bailey bird, purple-pixie, nypon, hagathorn, leeny37 and book-spy who have all fulfilled a wish for me! :D


Bookrings currently in my possession:
The Piano Shop on the Left Bank On Chapter 8 and in love with it :)

Other books (on loan)
Metamorphasis on loan from tiatia, currently reading alongside other books


Books for the Well Travelled Challenge due out:
plenty to go to soleille this Monday. Need to sort out the list :)

My Bookrings and Bookrays - PM me if you are interested in joining... 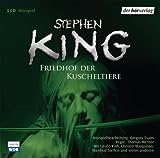