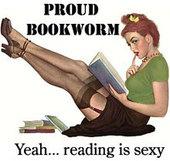 The Girls in the Garden

Family and Other Accidents: A Novel

The Truth According to Us: A Novel

The flight of Gemma Hardy

Summer at the Lake

Go Tell It on the Mountain (Vintage International)

The Readers of Broken Wheel Recommend

I have now been a bookcrosser for 14 years!!!!! Ive made some great friends, expanded my reading genre and bought more bookshelves! Some of my old favorites continue to be Rosamunde Pilcher, Maeve Binchy, Peter Robinson, Alice Hoffman, L. M. Montgomery, Agatha Christie, and Sheri Reynolds. But now I have many new authors to add to that list, some being , Adriana Trigiani, Joan Clark, Linwood Barclay, and many more. I am always open to trades and would love to discuss authors and books with other bookcrossers. Dont be afraid to suggest authors I have not tried.

Be Frank with Me

The Dirty Parts of the Bible by 6 stars
The Girls in the Garden by Lisa Jewell 8 stars
Boys in the Tree's by Carly Simon 6.5 stars
The Dressmaker by Rosalie Ham 6.5 stars
Man of Constant Sorrow My Life and Times by Dr. Ralph Stanley 5.5 stars
First Frost by Sarah Addison Allen 7.5 stars
Summer at the Lake by Erica James 3 stars
The Pecan Man by Cassie Dandridge Selleck 6.5 stars (audio)
Tell Me by Lisa Jackson 6 stars

Before I go to Sleep by S.J. Watson - 4 stars
The Art of Racing in the Rain by Garth Stein - 7.5 stars
The Help by Kathryn Stockett - book club re-read
House Rules by Jodi Picoult - 7.5 stars
The Peach Keeper by Sarah Addison Allen - 4 stars
Smokin' Seventeen by Janet Evanovich - 7 stars
Sizzling Sixteen by Janet Evanovich - 7 stars
A Stolen Life by Jaycee Dugard - 6.5 stars
Caught by Harlan Coben - 7 stars
When God was a Rabbit by Sarah Winman - 9 stars
The Girl who Chased the Moon by Sarah Addison Allen - 8 stars
The Midwife's Confession by Diane Chamberlain - 7 stars
The Weird Sisters by Eleanor Brown - 4 stars
Without Mercy by Lisa Jackson - 7 stars
Skylight Confessions by Alice Hoffman - 7.5 stars
The Red Garden by Alice Hoffman - 4 stars
A field guide to burying your parents by Liza Palmer - 6 stars
The Little Stranger by Sarah Waters - I could not finish this - 100 pages
Not My Daughter by Barbara Delinsky - 6 stars - 435 pages
Alex Cross's Trial by James Patterson & Richard Dilallo - 8stars - 392 pg
The Book Of Negroes by Lawrence Hill - 8.5 stars - 470 pages