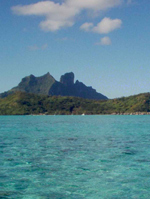 The Cat Who Dropped a Bombshell

Science in a Bottle

The Cat Who Saw Stars

Success is a Choice

Golf and the Spirit

Charlie and the Chocolate Factory

2018 Update: I have retired as of Dec and I still have too many books. It was an real chore cleaning out my classroom - three stacks of book boxes higher than my head. I am going to have to catch up and get busy releasing books.

2011 I am back in the classroom this year part-time and the book-crowding is as bad as ever. I have tried to exercised some restraint. I keep telling myself I am stockpiling for retirement and going off the grid. Well...I still need to get rid of another 1,000 books so I'll try to carve out some time before school starts to work on BC. Passed my 10th year anniversary with BC. I used to be 65th in the world in releases and now I have dropped off the top 100.

Thanks for looking at my bookshelf. If you get a book from me, it is yours to do with as you want. If it becomes part of your personal collection, that's great.

Re: I took this picture in the lagoon at Bora Bora on a cruise. That place makes everyone look like a photographer. I love the color of the water.

I wasn't going to do this on my bookshelf but I keep losing my list.

MARCH (8) All Through the Night, Curse of Camp Cold Lake, The Bookman's Wake, Mutant Message from Down Under, I Am the Only Running Footman, Sharpe's Triumph, The Golden Compass, Photo Nomad

MAY (13) The Bookman's Promise, Remains of the Day, Confessions of a Sociopathic Social Climber, Scotland Is Not For the Squeamish, One For the Money, Two for the Dough, Three to Get Deadly, Cirque Du Freak, The True Confessions of Charlotte Doyle, Favorite Celtic Fairy Tales, High Five, Sharp's Prey, How to Kill a Monster

JUNE (10) Crackdown, Earth Abides, Count Down, The Not-so-jolly Roger, Your Mother Was a Neanderthal. The Good, the Bad and the Goofy, Frozen Earth, A Brother's Journey, Harry Potter and the Prisoner of Azkaban, Death takes Passage, Wildtrack

JULY (7) Hot Six, It's a Long Way from Penny Apples, A Traveler's History of England, The Importance of Being Earnest, The Secret of Platform 13, The Hounds of Morrigan, How not to be a Messie (2X)

SEPTEMBER (9) Blue Heron, Guide to Owning a Guinea Pig, Into the Dream, Be A Wolf, The Broken Bridge, Others See Us, The Dog Listener, HP and the Goblet of Fire, The Death of the Office Witch.

OCTOBER (3) 44 Scotland Street, Of Time and Stars, Hold the Enlightenment,

FEBRUARY 2006 ( 5) Potter's Field, She Came Back, Sheepdog in the Snow, The Duplicate, Decked

JUNE (5) The Blind Assassin, The Cater Street Hangman, Unhinged, The Sharpe Companion: The Early Years, The Well of Lost Plots.

JULY (21 ) Murder on the QEII, Not in Graves As Yet, Speak, Ten Big Ones, Kalahari Typing School for Men, Crocodile On the Sandbank, Delores and the Big Fire, Dearest Friend, Double Act, Silence in Hanover Close, Bedford Square, The Princess Test, The Wicked Flea, Back to Before (animorphs), The Return Journey, The Last Vampire 2 - Black Blood, The Trouble with Lemons, Jeremy Thatcher, Dragon Hatcher, Cinderellis and the Glass Hill, Love you, Daddy, Two Lives,

AUGUST (7 ) Homicidal Intent, Trapline, Powder Burn, To the Nines, Those Who Hunt the Night, A Death in China, It Doesn't Take A Genius

FEBRUARY 2007(10) Bridge to Terabithia, Feed, Curse of the Pharoahs, Zia, Singer in the Shadows, The Cat who talked turkey, Private lives of the cat who..., Suspect, At the Villa of Reduced Circumstances, Dear Mr Henshaw

MAY (13)Please Mr Einstein, I'm a Stranger Here Myself, Nemesis, The Wreckers, Loser, 84 Charing Cross, HP and the Order of the Phoenix, The Voyage of the Narwhal, Island Rescue, Dark Matter, The Quentins, My Invented Country, The Cat Who Went into the Closet.

JUNE (13 ) Jane Eyre, Le Voyage Au Tour du monde en 80 jours (abridged), Coralina, Trouble-free Travel, Bel-Air Bambi and the Mall Rats, Eyes of the Dragon, My Antonia, My Life as a Fake, Everworld #5, With the Lightnings, Everworld #11, Wind in the Willows, Tales of Imagination and Horror.

AUGUST (10) The Cat who went underground, The Gift of the Pirate Queen, A Wind in the Door, The Girl in Hyacinth Blue, Sharpe's Fortress, Something Rotten, I Hate Other People's Kids, In the Company of Cheerful Ladies, Plum Lovin'.

SEPTEMBER (12) First Among Sequels, You Belong to My Heart, The Giver, Break In, Jewels of the Sun, Firestorm, Neverwhere, Metro Girl, Burglar in the Rye, The Amazing Mrs Pollifax, The Case of the Missing Books, We'll Never forget you, Roberto Clemente,

NOVEMBER (11)The Ghosts of War, Phone Calls from a Ghost, The Subtle Knife (again), Ghostly Warnings, Great Ghosts, The Restless Dead, Fog of Doubt, The Cat Who Lived High, The Sinister Pig, Escaping the Giant Wave, The Invention of English.

DECEMBER (4) The Mayflower, Cirque du Freak (again), A Fairy Named Hilary, Plato and a Platypus Walk into a Bar.

JANUARY (18)The Book of Lost Things, Margaret Mead: A Life of Conflict, The Supernatural Book of Monsters, Spirits, Demons and Ghouls, Heartburn, The Winged Cat, The Amber Spyglass, Shadowland, Nature Girl, The Princess Academy, Sour Puss, The Glass Cafe, Dead Until Dark, Dark Voyage, The Westing Game, Shutter Island, Royal Cat, Who in Hell is Wanda Fuca?, All Together Dead.

FEBRUARY (14 )Surely You're Joking, Mr. Feynman!, A Short History of Almost Everything, Through the Eyes of the Condor, Lord John and the Private Matter, The Vampire Assistant (Cirque du Freak), Tunnels of Blood (CDF), Life As We Knew It, Unlocking Harry Potter, Groundhog Day, The Witch's Apprentice, The Footprints of God, The Mysterious Death of Tutankhamun, The Rabbit Factory, As Nature Made Him,

APRIL (10) Pay the Devil, Spain (Eyewitness), The City and the Stars (20th time? in honor of AC Clarke), Birds of Prey, 1000 Places to See before You Die, Shark Callers, Wicked Fix, No.1 Ladies Detective Agency (again for the signing), Have Tux, Will Travel, The Book Without Words,

MAY (12)Kidnapped (RLS), Something Rotten (mystery), At the Foot of the Rainbow (ebook), Mr Monk in Outer Space, A Christmas Beginning, Treasure Island, The Road to Samarcand, Bicycling, The Jane Austen Book Club, Mission: Cook, Longitude, A Brilliant Madness, State of the Onion

JUNE (14)Gullboy, The Deen Brothers Cookbook, The Short Bus, Ghost in My Soup, The Day John Died, In Their Own Words: Lewis and Clark, The Hindenburg Murders, Imagining Egypt, Swine Not, Lean Mean Thirteen, Monkey Island, It's not about the Tapas, Traitor's Purse, Home.

SEPTEMBER (8)Dead Sand, The Green Hills of Earth, Lady of Sin, Paragon Walk, Shoulder the Sky, Gerardus Mercator, Ripley's Believe It or Not 2006, I Believe in Unicorns.

NOVEMBER (6) The Man in the Ice, Lord John and the _____, HMS Surprise, The View From the Seventh Layer, Farewell My Subaru, Planet Ocean,

DECEMBER ( )The Shattered Shell, How to Fight With A Girl, Splendid Soups, The Day I Ate Everything I Wanted, Fingersmith, Tarzan of the Apes (audio), Hedgehogs in the Hall, Dive: Book 3, The Cat Who Moved a Mountain, Miss Silver Comes to Stay, Empowering Underachievers, More Tales for the Midnight Hour,(140)The World's Most Incredible Stories,

MARCH (12) Around the World in 80 Dates, A Dirty Job, The Lady Vanishes, Dinosaur Tales by Bradbury, Mystery at Lilac Inn (MT TBR4), From Dead to Worse, Everything on a Waffle, Confessions of a Teenage Drama Queen, Bride of the Beast, Speaker for the Dead (MT TBR5), Q's Legacy, The Story of my Life.

MAY (11) Viking Warrior, For The Love of Mike, Invasion of the Road Weenies, Love Your Neighbor: Stories of Value and Virtue, Ireland from a spinning planet??, The Talented Clementine, HMS Surprise, 100 ways to Motivate People, Enter if You Dare: Tales from the Haunted mansion, Whatever Happened to Janie?, When a Hero Dies.

July (9) True Love, In Like Flynn, The Grand Finale, Aphrodite's Flame, A Man Named Dave, Winnie of the Waterfront, Edge of Glass, S is for Silence, In Dublin's Fair City.

October (14) Death of a Celebrity, Even Money, Evan Help Us, Sunset Express (toasted banana bread: Elvis Cole), Death of a Glutton, Death of a Perfect Wife, Off Season, How to Disappear Completely and Never be Found (Margaret and Sophie), Voodoo River (down to Cabo: Elvis Cole), Killer Wave, Ranger Apprentice Book 3: The Icebound Land, The Privateersman, Royal Flush, A Father's Book of Wisdom, The Sunday Philosophy Club, Even Money.

September ( )Once A Marine, Billy Boyle,


visited 44 states (19.5%)
Create your own visited map of The World or Brazil travel guide for Android