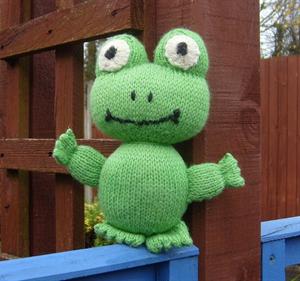 Aunt Safiyya and the Monastery

The Garden of Evening Mists

The Sound and the Fury

Mmmmm, books. They're amazing things. I love the idea of leaving books in unexpected places for people to find. There's nothing better than getting that e-mail which says someone has found one of the books you've released, except maybe the one saying they've read it and released it.

I don't have internet access at home, so it can take me a day or two to reply to any PMs.

There is now an OBCZ in the Filmhouse Cinema cafe on Lothian Road. It's on the right hand side as you enter the cafe.

There are also a few Little Free Libraries. One outside the Glasshouses in the Botanic Gardens, one in Teviotdale Street (Stockbridge Colonies) and one on Scotland Street.

Holiday gift giving and NSS
I like to take part in the NSS and holiday gift giving that goes on in Bookcrossing. Just adding some likes to my profile as I've found it useful to have an indication of others people's likes when putting together a parcel.
* Always happy to have chocolate EXCEPT anything with walnuts (yick) or Nestle choc.
* Always happy to receive BC labels and stickers.
* Tea - always happy to receive tea - unless it is Rooibos!
* I love knitting socks so always happy to get 4ply sock yarn.
* I am now collecting used stamps for Macmillan Cancer Support. If you are sending me any please leave 1cm around the stamp when you remove it from the envelope. Any contribution, however small, is gratefully received, and will make a difference.
www.macmillan.org.uk/---/used-stamps-for-charity.html
* I still cross stitch for the charity Love Quilts UK, but they are no longer accepting bulk envelopes of used stamps. See more about the charity here www.lovequiltsuk.com


And this one shows which USA states they have travelled to.

For my Bookcrossing year 25 Feb 2007 to 24 Feb 2008 I challenged myself to get more countries on my map filled in by sending books to travel in new countries. I tried to get at least one book to one country each month. The rule was that the books had to be ones that I registered. I made it by the skin of my teeth with a book I released as a RABCK 2 years ago finally arriving in Brazil on 22 Feb.
March - Country 1, Luxembourg - Tuesdays with Morrie
April - Country 2, South Africa - A Confederacy of Dunces
May - Counry 3, Austria - Treasure Island (travelling there with the assistance of the lovely teapot)
June - Country 4, Ukraine - Secret Life of Bees
July - Country 5, Belgium - Wilt in Nowhere
August - Country 6, Japan - Under the Duvet
September - Country 7, Malaysia - The Olive Season
November - Country 8, Israel - Fantastic Mr Fox
December - Country 9, Cyprus - The Hard Way
January - Country 10, Kuwait - The Virgin Blue
January - Country 11, Sri Lanka - Two for the Dough
February - Country 12, Brazil - The Strange Case of Dr Jekyll and Mr Hyde