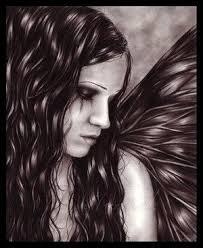 Regarding the Pain of Others

I don't expect everybody who might have a copy of one of those to go through the effort (and money ) to send it to me ! (I might be interested in trading though)

I read books in French, English and Dutch easily and in German and South-African with a bit of effort.
So for the wishlist tag games or exchanges : all titles can be in all of those languages.

You're Thus Spoke Zarathustra!
by Friedrich Nietzsche
A tongue-in-cheek philosophical type, you enjoy making fun of others, but to make a serious point. While you feel that the world has generally been misled by others, you nonetheless feel driven to inspire people to undertake passionate work that raises themselves to new heights. Some think these heights will trample those around them and are concerned that you're defending fascism. After all, you have this nasty tendency to write things in blood. Your favorite comic book hero is Superman.


You're Ulysses!
by James Joyce
Most people are convinced that you don't make any sense, but compared to what else you could say, what you're saying now makes tons of sense. What people do understand about you is your vulgarity, which has convinced people that you are at once brilliant and repugnant. Meanwhile you are content to wander around aimlessly, taking in the sights and sounds of the city. What you see is vast, almost limitless, and brings you additional fame. When no one is looking, you dream of being a Greek folk hero.


You're Ireland!
Mystical and rain-soaked, you remain mysterious to many people, and this makes you intriguing. You also like a good night at the pub, though many are just as worried that you will blow up the pub as drink your beverage of choice. You're good with words, remarkably lucky, and know and enjoy at least fifteen ways of eating a potato. You really don't like snakes.