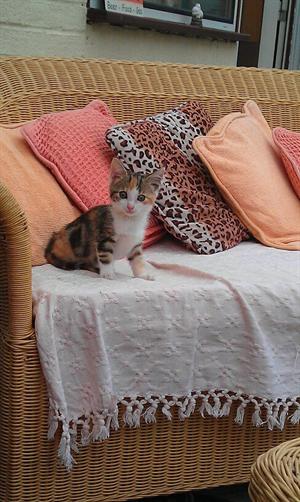 Thirty Something, Kiss and Tell, Whispers in the Sand

Divine secrets of the Ya-Ya Sisterhood

The Sheldon Book of Verse

FHM - The Little Book of Jokes

Doraemon - Gadget Cat from the Future

Bionicle Chronicles #1 - Tale of the Toa

A Date with Danger - Breathtaking stories of action and adventure

My Book of Monster Stories

Many of the books on my bookshelf are children's books that have been 'discarded' by my own children as they are too old for them now, or books that have been donated to me for bookcrossing. Although I have marked most of them for wild release, apart from those reserved for releasing at certain times of the year (eg Christmassy type books), if you see anything you would like, PM me and I MAY send it to you.......

In light of this, my bookshelf does not indicate my current reading preferences as I tend to only wild release books that I don't like / didn't enjoy enough to keep / have had donated.

However, books that I have sent to other Book Crossers are, in the main, books that I have enjoyed so rather than wild release them and leave them to the possibility of being lost / thrown away / abandoned, I prefer that they go to someone who will appreciate them.


NUMBER OF WILD RELEASES CAUGHT AND JOURNALLED CURRENTLY STANDS AT - THREE HUNDRED AND SEVENTY SEVEN! (as of 06.10.12)

Hooray!!! Two J.E. today, 18th September 2007...one was a book I left in a phone box in my village two weeks ago, and one was a book I released 8 months ago and was caught at a location about 10 miles away!

Went on a mad releasing spree today (17.03.08), released 28 books and had one J.E. before I got home and made release notes! Another book I gave to a 'good samaritan', a lady who came to see if I needed help after spotting me stopping several times along the lane as I (unknown to her) released books. Serendipty at its best...she had heard of bookcrossing and gladly accepted a 'blood and guts' type book I happened to have on me!

Another 'drive and release' round the villages on a lovely sunny afternoon today (01.04.08) resulted in a catch before I got home to make my release notes. AF however wasn't impressed (The Very Bloody History of Britain...a Horrible History book) and said in their JE they were going to re-release it in the same place!

My furthest travelled wild released book so far? Watford in Northamptonshire, UK to Durban, South Africa. A journey of about 6,000 miles! I just had a JE for it today (05.06.08)

Journal entry today (16.12.08) for a book caught in Cornwall, UK and travelling to Australia to be released in Brisbane!

My quickest catch ever! The Dark River, caught 20 minutes after I released it! I was just doing my release notes after a little releasing spree when I spotted it on the recently caught side bar! (09.07.09)

02.04.11 Night Rhythms checks in from the condom display at Waitrose after two years, and moves on to a sex shop!

08.09.11 An Unsuitable Attachment checks in after nearly three years!