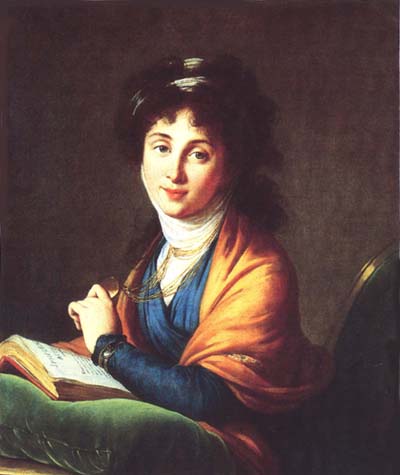 The Secret Life of Bees

Dreams from My Father: A Story of Race and Inheritance

The Various Haunts of Men

In the Company of the Courtesan

The Man Who Loved China: The Fantastic Story of the Eccentric Scientist Who Unlocked the Mysteries of the Middle Kingdom (P.S.)

A Journey: My Political Life

The Boy in the Moon: A Father's Search For His Disabled Son

The Girl Who Kicked the Hornet's Nest

The Chronicle of a Blood Merchant

The Dream of Scipio

I have been an avid reader since I was a child. My books are my passion and my library holds a vast and varied collection. I have four sons and six grandchildren who are the joys of my life. Currently writing a novel which was born out of my life and travels in England and France. Reading and writing has enhanced my personal journey and inner enlightenment. I relate to Anais Nin who believes "in communicating by way of the emotions, by imagery, by myth. I think all my women have tried to live by the impulses of the subconscious. In all my novels, I have only one heroine in direct action, and even she discovers the necessity of the inner journey. I never believed in action, only in achieving life on a poetic level.". (From In Favor of the Sensitive Man and Other Essays). Her life and her writings come from that inner place. I could never hope to equal hers, but the need to have my writings of any type come from that inner place is paramount in my mind as I work, and, I might add, in my daily life.
Also, many life lessons were learned during my 4 years living, working, and travelling in China, during times of great fulfillment and great frustration - the yin and yang, of experience. It's an on-going process of using that material in my writings.

"We should all be grateful for a certain perversity in human nature. In my own case, what doubles the pleasure of reading is the subconscious feeling that I ought, most of the time, to be doing something else." Carl S. Patton...The Atlantic Monthly 1922

"Dreams are illustrations from the book your soul is writing about you.” Marsha Norman

"We do not escape into philosophy, psychology, and art - we go there to restore our shattered selves into whole ones....." -Anais Nin {And books have the same relevance}

"Each time [Anais Nin] began a diary she was conceding that life would be bearable if you looked at it as an adventure. She told herself the story of her life and this turned it into an adventure giving her another viewpoint for the things that would have shattered her. It became the mystical voyage which we all are to undertake, the inner voyage, the journey into classical literature, through the labyrinth." - Maryanne Raphael

"....the daily log [journal] is not an exercise in literature; it is an exercise in our lives.... realize that our lives can become as interesting as any biography or fiction we read with such interest. It is a matter of seeing one's life as a metaphor, as a tale, as a story of enormous drama....." - Anais Nin

"A book lying idle on a shelf is wasted ammunition. Like money, books must be kept in constant circulation. Lend and borrow to the maximum -- of both books and money! But especially books, for books represent infinitely more than money. A book is not only a friend, it makes friends for you. When you have possessed a book with mind and spirit, you are enriched. But when you pass it on you are enriched threefold...." - Henry Miller

"I love Nature partly because she is not man, but a retreat from him. None of his institutions control or pervade her. There a different kind of right prevails. In her midst I can be glad with an entire gladness. If this world were all man, I could not stretch myself, I should lose all hope. He is constraint, she is freedom to me. He makes me wish for another world. She makes me content with this......" - H. D. Thoreau

"The life of every man is a diary in which he means to write one story, and writes another; and his humblest hour is when he compares the volume as it is with that he vowed to make it...." - J. M. Barrie

"I suggest that the only books that influence us are those for which we are ready, and which have gone a little further down our particular path than we have yet got ourselves." - E. M. Forster

"A truly great book should be read in youth, once again in maturity and once more in old age, as a fine building should be seen by morning light, at noon and by moonlight." - Robertson Davies

HAD DIFFICULTY WITH MAP OF NORTH AMERICA - COVERED COMPLETELY IN RED. LIVED IN OR VISITED 9 CANADIAN PROVINCES. STATES MARKED ON SEPARATE MAP.
images.weserv.nl/?... width="440" height="220" >
visited 12 states (24%)
Create your own visited map of The United States or Best time to visit Saudi Arabia