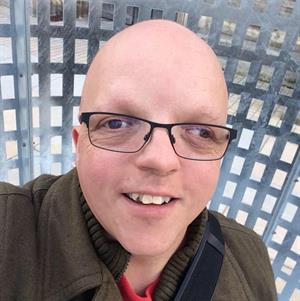 The Pillars of Hercules: A Grand Tour of the Mediterranean

As the Crow Flies

The Culture of Fear: Why Americans Are Afraid of the Wrong Things

The Battersea Park Road to Enlightenment

The Joy of Lex

My mum tells the story of when I was a baby and all I ever did was play with my cars and read. Because I was born prematurely, the doctors told my parents that I may not develop mentally past the age of six or seven so they were determined to cram as much as possible into my head in those first few years. I read anything and everything but apparently had a preference for maps and the Radio Times! The story goes that the first time my parents knew for sure I could read was when I was three and we were in the car heading into Sheffield along the Parkway. We passed a sign for Manor Park and I said "Manor Park? But I can't see a park!". Anyway, my brain's fine* and my reading's continued :)

I've been a bookcrosser since August 2003 when I got emails from my very good friends perfect-circle and chelseagirl telling me about the site. At first I had the usual thought of "I'm never letting go of my books" but now my position has changed 100 per cent - I accept I'm quite unlikely to read a book more than once, so once something's been read then my aim is to find a new home for it. It may sound strange but the aim is one day to have no books in the house - as everything I own will have been read and passed on - however I'm pleased to say this should never happen as, thanks to BC and my own inability to leave empty-handed from book shops, books come into the house at a faster rate than I can read them!

My favourite author is Douglas Adams and has been since I first read 'Hitchhikers...' when I was eight years old. My other favourites are Patricia Cornwell, Jasper Fforde, Emily Barr, Michael Palin and Roald Dahl - I'm currently trying to find and then read all of their books. The author I'm embarrassed to admit I like reading is Jeffrey Archer. He's an idiot, but his political thrillers are excellent.

As for other hobbies, I sleep and avoid housework. I like sandwiches that include mayonnaise, dancing, train travel, live comedy, independent cinema, pizza salads (I'm on a diet!) and shopping with my friends. I hate intolerance, Jamie Oliver, marmite and Birmingham New Street railway station.

Vroomfondel - is a character from my favourite book of all time, 'The Hitchhiker's Guide to the Galaxy' more info.