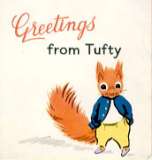 Dead in the Water (Daisy Dalrymple)

Your Heart Belongs to Me

Murder on the Flying Scotsman

The Bookseller of Kabul

Wife In The North

The Year of the Gadfly

From Paella to Porridge

Rin, Tongue and Dorner A Novel

The Curious Incident of the Dog in the Night-time

I love this site, I became quite addicted to it at one time but have dipped in and out since...... I had a tendency to hoard books so this site gave me a real incentive to release some of those books to a new audience and I got the opportunity to read a much wider range of books through book rings and trades. I have reached my ambition to fit my book stack inside my bookcase instead of spilling out in all directions and am grateful to bookcrossing for the help with that!! I now read and release and minimise the to be read pile! I’ve found time to join a local book club and am loving reading regularly again.

Always happy to trade books so if you see something you'd like to read on my "available" shelf please let me know.

Catches of my wild releases:-
No Safe Place by Richard North Patterson caught at the Railway Station Staff Office in Wickford, Essex in June 2005
Certain Prey by John Sandford caught at the Thomas Kemble pub in Rettendon, Essex in February 2006
The Sweetest Taboo by Carole Matthews caught at the Blackwater Medical Centre in Maldon, Essex in November 2006
Dr Death by Jonathan Kellerman caught on the ATM machine at the RBS office in East London in December 2006

Wild releases caught by me:-
The Shadow of the Wind by Carlos Ruig Zufon caught in the Little Book of Furniture Shop in Spitalfields, East London in November 2005
The Journal of Antonio Montoya by Rick Collignon caught in Starbucks at Freeport in 2008
The Year of the Gadfly by Jennifer Miller caught at a Little Free Library in Scotland Street, Edinburgh in May 2018

I suspect 2021 is gonna be another big year for reading given we’re starting it in another lockdown so as I’ve rather enjoyed keeping tabs on my reading list, here we go with the 2021 list:-

Thought I’d like to keep a list of books I read whilst we live through the Coronavirus lockdown, there are likely to be quite a few and it’s a good way to clear the bookshelves of some physical books that have been on the TBR shelf for a long time...... some I’m enjoying more than others, some have been taking up undeserved shelf space!! Books read in 2020:-

Books I've read in 2013:-
The Boy in The Striped Pyjamas by John Boyne
Do Not Pass Go by Tim Moore

Books I've read in 2011:-
For Tibet with Love by Isabel Losada
Cleo by Helen Brown
This Book Will Save Your Life by A M Homes
The Reading Group by Elizabeth Noble
Divas Don't Knit by Gil McNeil
Needles and Pins by Gil McNeil

"A good book is the precious life-blood of a master spirit, embalmed and treasured upon purpose to a life beyond life."