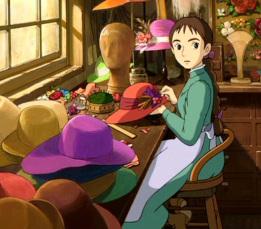 A House in Flanders

Bury My Heart at Wounded Knee: An Indian History of the American West

The Violets of March: A Novel

Hi! ^_^
I got here after finding some books on the train and thought this is such a great idea, books travelling all over the world from person to person. I have always loved reading and used to go to the library every few weeks to bring back a pile of books when I was little. But that sort of lessened some years ago. Since starting university I began to read more books again. I like the thrill of releasing books into the wild and hoping someone will catch them. And I love bookrings/rays, they are very addictive (love books and receiving mail, it's the perfect combination!), though I'm trying to lessen.. mt.tbr keeps growing since I joined Bookcrossing :p

Some of my favorite books are: Howl's Moving Castle (oh and I love the movie too, well, all of Hayao Miyazaki's movies actually), Chrestomanci series, the Jane Austen novels, Jane Eyre, Anne of Green Gables, Little Women and Good Wives, The House at Riverton, Summers at Castle Auburn, Cloudstreet, Kafka on the Shore, Harry Potter series, The Hobbit, Anansi Boys, Neverwhere, Luck in the Shadows & Stalking Darkness, and a few more..

I usually read books in English and sometimes in Dutch. I can also read a little bit of French and German (if it's not too difficult :p). Oh and I read almost anything if it sounds interesting (depending on my mood), but mostly fiction.
Hmm... and other things I like.. well lots, but here are a few in no particular order: (post)cards, stickers (bc & other), tea/coffee, chocolate (especially dark), baking/cooking, bio/organic/fairtrade, nature, gardening (vegetable/flower seeds), drawing/painting, knitting, playing the piano, the Moomins, handmade things ^_^

If you would like to trade, please choose something from my availables, (or TBR.. but it might take a while, since I have to read it first)

My birthday buddies are Mallary from France (January 19th),
Goofbunny from Australia (March 17th)
and Carelaisa from Canada (October 5th)

The Jane Austen Bookclub, Karen Joy Fowler (sent on)
The End Of Mr. Y(stalled?), Scarlett Thomas The End Of Mr. Y (also stalled?), The End of Mr. Y (lost?)
Agatha Christie Spiral
N or M?, Sparkling Cyanide, Destination Unknown, 5 Little Pigs, The Mystery of the Blue Train
Darcy's Story, Janet Aylmer - stalled?
Tipping the Velvet, Sarah Waters (1001 books)
The Sandman series (spiral), Neil Gaiman (1 - 10 sent on)
Troll: A Love Story/ Not before Sundown, Johanna Sinisalo (sent on)
A Month in the Country, Joseph Lloyd Carr (sent on)
The Sense of an Ending, Julian Barnes (sent on)
Pinball, 1973, Haruki Murakami (sent on)
Almost French, Sarah Turnbull
Death Comes to Pemberley, P.D. James (sent on)
Sabriel, Garth Nix (sent on) Lirael and Abhorsen (sent on)
Oroonoko or, The Royal Slave, Aphra Behn (1001 books) (sent on)
Hotel Iris, Yoko Ogawa (sent on)
Please Look After Mom, Shin Kyung-Sook (sent on)
The Last Summer (of You and Me), Ann Brashares
Atomised, Michel Houellebecq (1001 books) (sent on - continuing bookray!)
The Girl Who Circumnavigated Fairyland in a Ship of Her Own Making, Catherynne M. Valente (sent on)
The Beekeeper's Apprentice &
A Monstrous Regiment of Women, Laurie R. King
She, H. Rider Haggard (1001 books)
The Sand Fish, Maha Gargash
Silk, Alessandro Baricco (sent on)
Vekiki's ColouRing (sent on)
The Go-Between, L. P. Hartley (1001 books) (sent on - continuing bookray!)
Daisy Miller, Henry James (sent on)
The Woman in Black, Susan Hill (sent on)
Suspense and Sensibility (sent on) & North by Northanger, or The Shades of Pemberley (Mr. & Mrs. Darcy Mysteries), Carrie Bebris (sent on)
Hard-boiled Wonderland and the End of the World, Haruki Murakami (sent on)
The Handsomest Man in the World, David Leddick (sent on)
The Ocean at the End of the Lane, Neil Gaiman ---> received my own signed!! copy from the wonderful azuki! :D
Bridge of Birds, Barry Hughart (sent on)
I Shall Never Return vol.1-5, Kazuna Uchida (sent on)
The Jane Austen Marriage Manual, Kim Izzo (sent on)
Strange Weather in Tokyo, Hiromi Kawakami (sent on)
Where'd You Go, Bernadette, Maria Semple (sent on)
The Snow Goose, Paul Gallico
A Taste of Molecules: In Search of the Secrets of Flavor, Diane Fresquez (sent on)
Thief of Always, Clive Barker (sent on)
Memory of Water, Emmi Itäranta (sent on)
Remembrance, Theresa Breslin (sent on)
The Castle of Otranto, Horace Walpole (sent on)
The Haunted Bookshop, Christopher Morley (sent on) 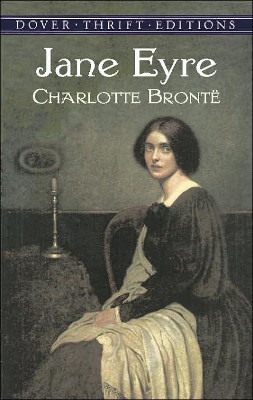 Epic in scope and vision, you like looking at your own complete
history. That said, your complete history is pretty much crazy. You seem to be
followed by suitors, craziness, fires, and incredible turns of both good and bad
fortune. Through it all, you persevere while maintaining adherence to your own
somewhat middle-ground moral code. While you have confidence that everything will
work out in the end, you sometimes wonder if it's worth it along the way. Oh sweet
sweet Jane.


Take the Book Quiz II
at the Blue Pyramid.