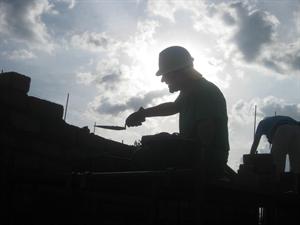 Stories of Your Life and Others

The Arrow of Time; A Voyage Through Science To Solve Time's Greatest Mystery

A Guide to the Architecture of St. Louis

Somebodies and Nobodies: Overcoming the Abuse of Rank

A JOURNEY TO THE CENTER OF THE EARTH

No Doors, No Windows

I've been an avid reader of sf my whole life, and am especially fond of science in my science fiction, but also like the sub-genres sometimes known as "literary sf" and "alternate history". It is probably safe to say I have already read a large portion of the body of available science fiction. I don't exclude other things, also reading fiction and literature, non-fiction, fantasy, plays. I'm willing to give almost anything a try. (Well, ok, my one attempt at a romance novel did not reach page 10), Professionally, I am a recently retired biomedical engineer, who worked in the field of magnetic resonance imaging.

Note that my currently active bookcrossing username is TomHl2.

Also, shortly after bookcrossing started, I created two bookcrossing projects with their own bookshelves named RayBradburyProj and PewaukeeProj. I no longer do anything with them, but they continue to exist.

Others' Bookrings and Bookrays: done
Jennifer Government, by Max Barry: from Zmrzlina
Flowers For Algernon, by Daniel Keyes: from jamieh2003
The Door Into Summer, by Robert A. Heinlein: from reader1107
It's Not About the Bike, by Lance Armstrong: from Eucalia
Every Second Counts, by Lance Armstrong: from Bunnybee
The Unbearable Lightness of Being, by Milan Kundera: from shpriz1
R is for Rocket, by Ray Bradbury: from Erishkigal
Citizen of the Galaxy, by Robert A. Heinlein: from Erishkigal
Mission of Gravity, by Hal Clement: from Erishkigal
Collected Tales, by Nikolai Gogol: from shnedwards
Snow Crash, by Neal Stephenson: from judygreeneyes
Burmese Days, by George Orwell: from perryfran
The Lost World, by Arthur Conan Doyle: from TheLostBook
Dinosaur Summer, by Greg Bear: from TheLostBook
Non-Stop, by Brian Aldiss: from davemurray101
The Man in the High Castle, by Philip K. Dick: from davemurray101
The Stars My Destination, by Alfred Bester: from TheLostBook
Haunted Wisconsin, by Michael Norman and Beth Scott: from imawinn2
The Museum of Unconditional Surrender, by Dubravka Ugrešić: from davemurray101
Science Fiction Bookbox: from Erishkigal
Now and Forever, by Ray Bradbury: from mikime
The Seeds of Time, by John Wyndham: from starflash
The Quantum Thief, by Hannu Rajaniemi: from Nell-Lu
The Long Earth, by Terry Pratchett & Stephen Baxter: from faerie-glen
Un Lun Dun, by China Mieville: from TheLostBook and vedranaster
Science Fiction Bookbox: from Erishkigal (2nd time around)