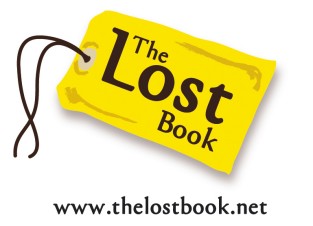 Update: The Lost Book ran until July 2009 and is now finished - apart from lots of travelling books!

The Lost Book is part of The Lost World Read 2009, a reading campaign that celebrates Arthur Conan Doyle’s 150th birthday and Charles Darwin’s bicentenary. We're bringing people across the UK together to read a classic adventure tale of a lost plateau, discovery and dinosaurs - The Lost World.

The Lost Book is a collaborative adventure in storytelling. It’s taking place online and anyone can join in. At its heart is an animated web series. Episode one launched on 30 January 2009. It follows the adventures of investigative journalist, and BookCrosser, Aileen Adler and her dog Watson as they try to solve the crime of a stolen book. We want lots of people to get involved: watching, reading and telling stories.

As well as inviting you to help write the web series, we have a creative writing competition to create the stolen book. Special guest writer Jasper Fforde has set the scene with two intriguing newspaper articles about the book - the journal of a 2004 expedition to Arthur Conan Doyle's Lost World. We're inviting 100-word entries each week and will gradually reconstruct the missing book from these microstories.

BookCrossing is going to be a big part of The Lost Book. From January 2009 onwards there will be release challenges, wild releases and bookrays linked to The Lost World. We have some exclusive bookplates to download and we'll be encouraging the existing BookCrossing community to help us find new members.

Watson the dog set a release challenge! 107 books were released as part of this challenge - check the forum post for the final scores.


Download the specially designed The Lost Book bookplates for your own books. (Update: no longer available.)

They'd be particularly good for copies of The Lost World or linked books - perhaps a book about dinosaurs, or one featuring a journalist, or one written by Arthur Conan Doyle or Charles Darwin. Be creative!

If you use one of these bookplates, you can opt to make your book part of The Lost Book project by sending us a PM with the BCID. If you do, we'll make a Journal Entry and then blog every time the book is caught. We want to celebrate the fun of BookCrossing to get lots of people interested in joining, and what's more fun than books getting caught?!

Our books have visited 23 countries so far: