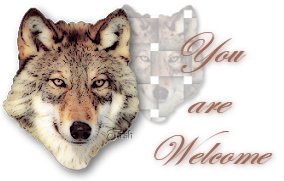 Now You See Them

The Rose of Tibet

To the Land of Long Lost Friends

Under My Hat: Tales from the Cauldron

The End of the Wasp Season

Once Upon a River

1. Misfortune by Wesley Stace
2. The American Agent by Jacqueline Winspear
3. The Kilt Maker by Anne Douglas
4. Turbo Twenty Three by Janet Evanovich
5. At Death's Window by Jim Kelly
6. Blood Orange Brewing by Laura Childs
7. Here Be Dragons by Stella Gibbons
8. Milkshakes, Mermaids and Murder by Sara Rosett
9. Where The Ctawdads Sing by Delia Owens
10. The Axeman's Jazz by Ray Celestin
11. Londoners: The Days and Nights of London Now - as Told by Those Who Love
it, Hate it, Live it, Left it and Long for it by Craig Taylor
12. Still Midnight by Denise Mina
13. Fated by Benedict Jacka
14. The Corset by Laura Purcell
15. The Mists of Avalon by Marion Zimmer-Bradley
16. X by Sue Grafton
17. Trouble on the Thames by Victor Bridges
18. City of Veils by Zoe Ferraris
19. Perfect by Rachel Joyce
20. The Gathering Dark by James Oswald
21. Dishwasher by Pete Jordan
22. The Boat by Nam Le
23. Getting Old is Murder by Rita Lakin
24. You Will Grow Into Them by Malcolm Devlin
25. The Food Detective by Judith Cutler
26. The Railway Viaduct by Edward Marston
27. A Lovely Way To Burn by Louise Welsh
28. The Vinyl Detective: The Run Out Groove by Andrew Cartmel
29. The Binding by Bridget Collins
30. The Book of Lost Fragrances by M. J. Rose
31. A Bespoke Murder by Edward Marston
32. Instrument of Slaughter by Edward Marston
33. Inspector Singh Investigates: A Deadly Cambodian Crime Spree by Shamini Flint
34. Before the Coffee Gets Cold by Toshikazu Kawaguchi
35. Dragon Head of Hong Kong by Ian Hamilton
36. The Water Rat of Wanchai by Ian Hamilton
37. Bluegate Fields by Anne Perry
38. The Girl in the Painted Caravan by Eva Petulengro
39. The Secret Chapter by Genevieve Cogman
40. Cloche and Dagger by Jenn McKinlay
41. Yellow Houses by Stella Gibbons
42. Laura Blundy by Julie Myerson
43. Spider Woman's Daughter by Anne Hillerman
44. The Black Madonna of Derby by Joanna Czechowska
45. A Hundred Customs and Traditions of Tibetan People by Sagong Wangdu
46. Kingdom of Strangers by Zoe Ferraris
47. The Black Powder War by Naomi Novik
48. The Silent Companions by Laura Purcell
49. Full Dark House by Christopher Fowler
50. Sugar Street by Naguib Mahfouz
51. A Market for Murder by Rebecca Tope
52. Look Alive, Twenty Five by Janet Evanovich
53. The Chalk Man by C. J. Tudor
54. Gideon the Cutpurse by Linda Buckley-Archer
55. Haunted Liverpool 9 by Tom Slemen
56. Kind One by Laird Hunt
57. Three Winter Ghosts by Gary Sargent
58. Starfish by James Crowley
59. The Prison Doctor by Dr. Amanda Brown
60. The End of the Wasp Season by Denise Mina
61. Unearthed by Amie Kaufman and Meagan Spooner
62. The Rose of Tibet by Lionel Davidson
63. Now You See Them by Elly Griffiths

"A poem begins in delight and ends in wisdom."