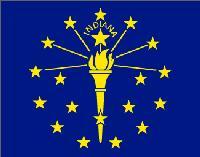 The tenant of Wildfell Hall

The Best Friends' Guide to... Pregnancy or everything your doctor won't tell you

What to Expect When You Are Expecting

It Takes Two to Talk

So You Want to be an Ancient Eygptian Princess?

If You Come Softly

The Excitement of Being Ernest

Nora Bone and the Tooth Fairy

I Am Nit a Loser

I am a breast cancer survivor. Please remember to regularly check yourself. If you find anything, contact your doctor!

My younger brother, Matt, was struck down with a form of vasculitis called Wegener's Granulomatosis. His immune system attacked the blood vessels in his lungs. He was in intensive care from February 19, 2008, on a ventilator from February 22 and was in critical condition the entire time. He died March 10, 2008, and we buried him March 13.

Rest in peace, little brother. I miss you so much, especially our chats on IM.


The flag's dimensions shall be three feet fly by two feet hoist; or five feet fly by three feet hoist; or any size proportionate to either of those dimensions. The field of the flag shall be blue with nineteen stars and a flaming torch in gold or buff. Thirteen stars shall be arranged in an outer circle, representing the original thirteen states; five stars shall be arranged in a half circle below the torch and inside the outer circle of stars, representing the states admitted prior to Indiana; and the nineteenth star, appreciably larger than the others and representing Indiana shall be placed above the flame of the torch. The outer circle of stars shall be so arranged that one star shall appear directly in the middle at the top of the circle, and the word "Indiana" shall be placed in a half circle over and above the star representing Indiana and midway between it and the star in the center above it. Rays shall be shown radiating from the torch to the three stars on each side of the star in the upper center of the circle.
A big, fat thank you to my youngest brother, Al, for sorting out the Indiana State Flag for me!!!!!!!!!!!!!!

My new Swedish name, given to me by Folde is SkotskIndianabo. Thank you very much, Folde!

If anyone is interested, I have a LiveJournal. My screen name there is sweet-indiana.

A Cup of Tea
When the world is all at odds,
And the mind is all at sea,
Then cease the useless tedium,
And brew a cup of tea.
There is magic in its fragrance.
There is solace in its taste,
The laden moments vanish
Somewhere into space,
And the world becomes a lovely thing!
There's beauty as you see,
All because you briefly stopped
To have a cup of tea.


June 2009 A little bit about me: I was the second child from a VERY large family, the first daughter. I grew up in rural southern Indiana, very close to Louisville, KY. In 1988 I went to study a year abroad in Hamburg, Germany through my university. After completing university - finding no great job - I decided to return to Hamburg. While there I met someone through email who is now my husband. He is English, but was working in Aberdeen, Scotland. In 1999 we married and I moved to Scotland. We now have two incredibly soft, lovely, brown Burmese cats (who say "mau" and not "meow"), an eight-year-old, blond son (I'll call him F1-Lad) and a five-year-old, redhead daughter (well, more strawberry blond, and I'll call her MissyMousey). My life in a nutshell.

I regularly go to the Aberdeen Meetup on the third Thursday of every month. This is held from 7:30 PM at the Belmont Cinema Cafe on Belmont Street, Aberdeen. Here is our Yahoo website, set up by the wonderful vicar-of-dibley, our fearless leader: uk.groups.yahoo.com/---/aberdeenscotlandbookcrossing/


Books I've read in 2009:
1. Doctor Who Quiz Book Four by Stephen Cole
2. Young Austerlitz by W. G. Sebald
3. The Tales of Beedle the Bard by J.K. Rowling
4. Borneo and the Poet by Redmond O'Hanlon
5. Here is Home - Photographs from Northern Louisiana by Jenny Ellerbe
6. Take Off! Lives and Times Mother Teresa by John Barraclough
7. The Suspicions of Mr. Whicher by Kate Summerscale
8. Protobiography by William Boyd
9. The Wonderful Adventures of Mrs. Seacole in Many Lands by Mary Seacole
10. The Coronation of Haile Selassie by Evelyn Waugh.
11. War Talk
12. George's Marvelous Medicine by Roald Dahl
13. Young Bysshe
14. The Aristocratic Adventurer
15. The Mobile Library - The Case of the Missing Books by Ian Sansom
16. The Diamond as Big as the Ritz by F. Scott Fitzgerald
17. Christmas at Stalingrad by Antony Beevor


Books I read in 2008:
1. Chitty-Chitty-Bang-Bang by Ian Fleming
2. The Shadow of the Wind by Carlos Ruiz Zafon
3. Bad Cat by Jim Edgar
4. Angela's Ashes by Frank McCourt
5. Darkfever by Karen Marie Moning
6. The Dressmaker's Child by William Trevor
7. The Habsburgs by Andrew Wheatcroft
8. The Other Side of the Story by Marian Keys
9. Nothing Bad Ever Happens at Tiffany's by Marian Keyes
10. Summer in Algiers by Albert Camus
11. Confessions of a Bad Mother by Stephanie Calman
12. 44 Scotland Street by Alexander McCall Smith
13. The Lady and the Unicorn by Tracy Chevalier
14. The Snobs by Muriel Spark
15. Happy Birthday, Jack Nicholson by Hunter S. Thompson
16. The Economics of Innocent Fraud by J.K. Galbraith
17. Idiot Nation by Michael Moore
18. The Desert and the Dancing Girls by Gustave Flaubert
19. The School Inspector Calls by Gervase Phinn
20. Ali Smith’s Supersonic 70’s by Ali Smith
21. Forgetting Things by Sigmund Freud
22. Woman's Hour: From Joyce Grenfell to Sharon Osbourne. Foreword by Jenni Murray

1. Mayada, Daughter of Iraq by Jean Sasson
2. The Sea by Dan Banville
3. So Many Books, So Little Time, A Year of Passionate Reading by Sara Nelson
4. The Tao of Pooh & the Te of Piglet by Benjamin Hoff
5. The Cat Who Turned On and Off by Lilian Jackson Braun
6. A Cup of Tea by Amy Ephron
7. The Villa, the Lake, the Meeting: Wannsee and the Final Solution by Mark Roseman (A Cody's Release)
8. The Cat Who Played Brahms by Lilian Jackson Braun
9. Nice Cup of Tea and a Sit Down by Nicey and Wifey
10. Wee Book of Aberdeen by Norman Adams
11. The Wedding by Nicholas Sparks
12. The Silent by Jack Dann
13. Girl with a Pearl Earring by Tracy Chevalier
14. Between Friends by Kathleen Rowntree
15. Divine Secrets of the Ya-Ya Sisterhood by Rebecca Wells
16. Innocent House by PD James
17. Harry Potter and the Deathly Hallows by JK Rowling
18. Tuscan Soup by Lou Wakefield
19. The Tears of the Giraffe by Alexander McColl-Smith
20. Dragon Tamers by Emma Maree Urquhart
21. A Painted House by John Grisham
22. The Bells of Nagasaki by Takashi Nagai
23. In Defence of English Cooking by George Orwell
24. The Book Thief by Markus Zusak
25. Forgotten Voices of the Second World War by Max Arthur
26. On Shopping by India Knight
27. 9th and 13th by Jonathon Coe
28. The Bastille Falls by Simon Schama
29. The Cave of the Cyclops by Homer
30. Caligula by Robert Graves