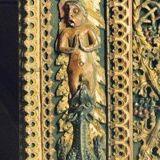 The Giants and the Joneses

THE CHARIOTEER OF DELPHI

The Slave-girl from Jerusalem

The Fugitive from Corinth

The Colossus of Rhodes

First Prize for the Worst Witch

EAB and I are now approaching our sixth wedding anniversary (we were married in January 2017). We are still working at fitting both our book collections into not many bookcases, which in turn means some more books coming up for release. In addition, TimDevereux died in April 2018; and my brother and I have cleared his house, giving me a few more books for release. (We did have a legal duty to try and sell them.) In any case I shall not try and revive his BookCrossing account.

I'm not sure what to say about me. I'm a Christian (Church of England) and a Musician (Piano, Bassoon), not necessarily in that order. During the week, I work as an electrical engineer; at weekends, a church organist, although after 12 years playing twice a Sunday I don't want a regular slot again! As hobbies I write music and collect old computers. I still find time to read a lot of books, mainly by dint of having no television set.

I read mostly Science Fiction and Fantasy, but also some historical novels. My favourite authors are Diana Wynne Jones, Georgette Heyer and, more recently, Lois McMaster Bujold. I also enjoy Cornelia Funke, and am trying to read her books in the original German. EAB is trying to broaden my reading!

Apart from fiction, I collect technical books related to electrical engineering (or music or computers). I will often buy and read a textbook on an obscure subject simply because it looks interesting. Finally, in relation to my organist's job, I collect hymn books - full music editions if possible.

I have now finished my degree with the University of Gloucestershire. (Alas, the Open Theological College is no more!) I intend to release some of the books I have read during the course of my studies.

In 2012, I returned to England from Germany, where I'd been living for about a year. I hoped to have more books for release here, not least because it takes me many times as long to read a German book as an English one, and to be visiting some of my old favourite zones again, but it's taking me a while to get back into it. Maybe now I no longer have a full-time job...

On the way over to Germany, I released Passage by Connie Willis in a bottle in the North Sea. Two weeks later it turned up, also in Germany, as my one hundred and fiftieth catch!

My favourite author died recently. I first heard of BookCrossing on a mailing list of her fans. In her memory, I tried to release some of her books. These are the ones I managed:
Dark Lord of Derkholm
Crown of Dalemark
Dogsbody
Eight Days of Luke
Wild Robert
Conrad's Fate
The Spellcoats
Power of Three
This is no longer a live project, but the list might get added to in future.

I'm not going to make you scroll through pages and pages of book lists! Just a brief summary of my reading:


2021: I read 97 books, of which:
40 I'd not read before, 57 were re-reads;
89 were fiction, 8 non-fiction;
95 were in English, 2 in German;
82 I read myself (including reading to EAB), 15 EAB read to me.
That's not many in German! I have been working on English translations of some of my favourite German books, which I am not counting here, so I have actually been reading a lot of German! And EAB and I got ourselves anothe Drachenreiter book for Christmas, which I am reading at the moment (as I write this)

2020: I read 63 books, of which:
27 I'd not read before, 36 were re-reads;
50 were fiction, 13 non-fiction;
59 were in English, 4 in German.
This must be an all-time low on total books read! Actually I have a major project on the go, which involves reading but doesn't show up here. Also, EAB and I are reading aloud to each other a lot at the moment, and I was only counting books I read to her in these stats. From 2021 I shall count books she reads to me.

2019: I read 91 books, of which:
54 I'd not read before, 37 were re-reads;
77 were fiction, 14 non-fiction;
86 were in English, 5 in German.
That's far more German books than I usually manage. Perhaps that's why I didn't read so many over all. I also managed a much higher ratio of new reads to re-reads. I generally aim for equal numbers, but I often find myself reading whole series of which none (or just the most recent) is new to me, and missing the target.

2018: I read 106 books, of which:
42 I'd not read before, 64 were re-reads;
97 were fiction, 9 non-fiction;
105 were in English, 1 in German.
At least now the course is finished I'm reading more again. Only one German book again, and that a re-read, but we bought some more new German books while on holiday in October, and I hope to read more German books in 2019 as a result. One of them was 80% finished at Jahreswende

The Books listed on my shelf

I intend eventually to list my entire collection here. You will see many books marked as Permanent Collection, but most of these are available for loan. A word of warning, though. Many of my books are quite heavy hardbacks, and if I lend them outside the UK I may ask for something in trade, even if it's only the loan of another book in return.

Any book marked "Available" can be traded, or if you ask nicely enough, given away. Most of these are meant to be released, though.

One Hundred and Seventy-Nine Wild Catches!

I've been neglecting BookCrossing recently, but I hope to do a bit more once this pandemic is over. This is now a scrollable list with links to the books. My thanks to Ardik, on whose profile I found the code to do this.


I don't count charity shop releases in this category, though. I've donated over a thousand books with pre-numbered labels, and I've had journal entries for some of them, but a charity shop is too obvious - both as somewhere to give away a book, and somewhere to go looking for one. (That said, I once almost bought one of my own releases. Oops!). I do have a couple of semi-wild catches - books that were in the almost-wild, and got caught:

The Mouse Butcher At the 2010 Unconvention, the hotel had some public bookshelves in the lobby. Becky suggested we fill them, I offered this book, and it has been caught and released again there.
Burke's Connections. Caught by someone after the release walk in Swindon. My name is on the release, although it wasn't one I actually took into town.
Der mit dem Wolf tanzt I have no idea what I did with this book. The number is an early pre-numbered label, but I have no recollection of sticking a label in a German book, and I have no idea how the book got to Berlin. I've not been there since before I was a BookCrosser!
April Fools (I think this was originally a charity shop release, but I'll include it for its two wild catches!)
The Vampire Tapestry (caught by another bookcrosser at the Unconvention)
Treasure Hunting (I left this in a geocache, and it was "found" by the cache's owner)
Dragon on a Pedestal (Release notes for the church book stall, but donated to a school library and journalled by a pupil)
Prime Suspect 2 (In two minds as to whether this release counts as wild. It was at the unconvention, and we (a table of bookcrossers) gave it to our waitress at a restaurant. And now it's turned up in Munich, of all places.)

Within a few weeks I have found two wild books, after over two years as a bookcrosser without finding a thing.

The Diary of a Killer Cat (Released in Coalville by a local bookcrosser)
The Inflatable Shop (This was in a geocache, a hidden store where you can drop things off for people to find, with GPS information on the web. I don't have GPS, so finding was a bit harder.)

I intended to release a book into the wild each day during 2004. Books were to be genuinely in the wild, not aimed at any particular Bookcrosser. Advance releases don't count, but if I missed one (through illness, for example) I had to make it up as soon as possible.

In the end, I released (as near as I can judge) 397 books into the wild during 2004. (I had hoped to make it 400, but...) By the end it was getting to be a bit of a bind, though. I was missing days most weeks, and the release for new year's eve was made in 2005. Three months in Germany - for which I had to buy German books specially - didn't help. I still have a box or so of books for release, so I expect to go on releasing, but not at quite the same rate!

For a while I tried to send some of my favourite books and authors on rays, to increase their circulation. All these stalled pretty early on, and I don't intend to revive them.

The Silver Metal Lover is one of my favourite books ever. The ray will never close, so PM me if you'd like to take part.
Power of Three was my favourite book from when I was 10 years old until well into my twenties.
Charmed Life, probably the best-known book by Diana Wynne Jones, and The Lives of Christopher Chant, a prequel, will be travelling together as a single ray.
The Dragon in the Sea is a really good future thriller by Frank Herbert.

I used to run a charity book stall from time to time, usually at events connected with my parents' church (in Somerset) or mine (in Leicestershire). Before the recent problems with pre-numbered labels, I put many labels on books offered for sale or leftovers (which went to charity shops)

A few of my books I have registered, but haven't appeared on the system. Unfortunately, some I released before I discovered the problem.

And some I managed to spot before releasing:
Everything You Always Suspected Was True About Advertising
Three Great Historical Romances
Focus on Love (Mandy Anson)
The Works (edited by Paul Cookson)
Short Walks to Country Pubs

"Without books the development of civilization would have been impossible. They are the engines of change, windows on the world, "Lighthouses" as the poet said "erected in the sea of time." They are companions, teachers,magicians, bankers of the treasures of the mind, Books are humanity in print."