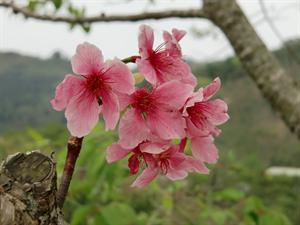 A Farewell to Arms

How to Walk on Water and Climb up Walls

The Boy in the Striped Pajamas

The Importance of Being Earnest

One Hundred Years of Solitude

The Horse And His Boy

Hi everyone! I'm from Taiwan and work as a English-Chinese translator.
I like books, food (both eating and cooking it), museums, movies and travel.

I love various kinds of books, especially fantasy, historical fiction, food writing, as well as any fiction and non-fiction with one of the themes including farming, aborigines, archaeology, and the Holocaust. Chicklit, horror, romance and books that contain too many dark, sexual, and political materials usually don't attract me.

I came to know bookcrossing because there is a website founded near the end of 2014 which focuses on crossing Chinese books. It's the first bookcrossing site in Taiwan and since I heard about it the beginning of 2015, I have plunged myself into the world of bookcrossing. Now, bookcrossing becomes my favorite daily & pastime activity :D

So, I cross books both on iReading and here. If you happen to be in Taiwan, are interested in Chinese books or can read in Chinese, you can check my bookcrossing activities.

Somehow, I prefer more to crossing books here than on iReading since a lot of books crossed on iReading are actually translated from English (the market of translated works are large in my country), and I also want to read some that are not available in Taiwan but still worth reading.

Welcome to visit the Mum'n Pop's Cafe OBCZ which I manage in Taichung and please take or release books here! My shelf doesn't reflect my taste of reading since I release books in the OBCZ with this account.

I am a member in the BookCrossing Translation Team for Chinese (Traditional). Hopefully, we will complete the project by my birthday next year (which is in June) and there will be a Chinese version of the site. How exciting!
To see the progress of the translation project:

Just in case, my address buddy is: Arvores.

Books read in 2021:
1. The Fifth Girl by Georgia Fancett
2. The Epic Crush of Genie Lo by F.C. Yee (audio version)
3. The First Time She Drowned by Kerry Kletter (audio version)
4. The Golden Day by Ursula Dubosarsky (audio version)
5. West of the Revolution: An Uncommon History of 1776 by Claudio Saunt
6. The Living by Matt de La Pena (audio version)
7. The Lost World by Arthur Conan Doyle (audio version)
8. One Hundred Years of Solitude by Gabriel García Márquez
9. The Wife Upstairs by Rachel Hawkins
10. The Name of the Star by Maureen Johnson (audio version)
11. The Haunting of Brynn Wilder by Wendy Webb
12. The One Safe Place by Tania Unsworth (audio version)
13. The Picture of Dorian Gray by Oscar Wilde (audio version)
14. The Cthulhu Casebooks: Sherlock Holmes and the Miskatonic Monstrosities by James Lovegrove
15. Dracula by Bram Stoker (audio version)
16. Foe by Iain Reid
17.

Books read in 2020:
1. Love and First Sight by Josh Sundquist (audio version)
2. Meet the Sky by McCall Hoyle (audio version)
3. Monstrous Beauty by Elizabeth Fama (audio version)
4. The Winter of the Witch by Katherine Arden
5. How to Heal With Singing Bowls: Traditional Tibetan Healing Methods by Suren Shrestha
6. The Lonely Sea by Alistair MacLean
7. Forgotten Bones by Vivian Barz
8. Like Water for Chocolate by Laura Esquivel
9. Gideon the Ninth by Tamsyn Muir
10. Bad Days in History: A Gleefully Grim Chronicle of Misfortune, Mayhem, and Misery for Every Day of the Year by Michael Farquhar
11. Olivia Twist by Lorie Langdon (audio version)
12. On Two Feet and Wings by Abbas Kazerooni (audio version)
13. Openly Straight by Bill Konigsberg (audio version)
14. Rebuttal Jyotsna Hariharan (audio version)
15. A Wizard of Earthsea by Ursula K. Le Guin
16. Remember to Forget by Ashley Royer (audio version)
17. The Faraway Sunflower Field (written in Chinese; tentatively translated here) by Li Juan
18. The Book of Dragons: An Anthology by Jonathan Strahan
19. Pennies For Hitler by Jackie French (audio version)
20. A Summer to Die by Lois Lowry (audio version)
21. Fear of Missing Out: Practical Decision-Making in a World of Overwhelming Choice by Patrick J. McGinnis
22. Chosen Ones by Veronica Roth
23. English-Chinese News Translation (written in Chinese) by Posen Liao
24. Sand by Hugh Howey
25. Unspeakable Things by Jess Lourey
26. Shadows on the Moon by Zoë Marriott (audio version)
27. The Myth of Sanity: Divided Consciousness and the Promise of Awareness by Martha Stout
28. The Woods by Harlan Coben
29. Teenage Diaries: Then and Now by Radio Diaries (audio version)
30. The Distant Dead by Heather Young
31. Crossings by Alex Landragin
32. The Danish Girl by David Ebershoff
33. Peak: The New Science of Athletic Performance That is Revolutionizing Sports by Dr. Marc Bubbs
34. A Brightness Long Ago by Guy Gavriel Kay
35. The Couple Next Door by Shari Lapena
36. The Darkness by Ragnar Jonasson
37. The Island by Ragnar Jonasson
38. The Mist by Ragnar Jonasson
39. The Secret Language of Your Body by Inna Segal
40. My Sister's Keeper by Jodi Picoult
41. The Dead House by Dawn Kurtagich (audio version)

Books read in 2019:
1. Freakling by Lana Krumwiede (audio version)
2. Year One by Nora Roberts
3. Fly Away by Kristin Hannah
4. Dirty Little Secrets by Jo Spain
5. The Guide to the Coming Days by Yoav Blum
6. The Fellowship of the Ring by J. R. R. Tolkien
7. Gone by Michael Grant (audio version)
8. Cold Bath Street by A.J. Hartley
9. How to Walk on Water and Climb up Walls: Animal Movement and the Robots of the Future by David Hu
10. Ice Station by Matthew Reilly
11. Spliced by Jon McGoran
12. The Bear and the Nightingale by Katherine Arden
13. Man of the Year by Caroline Louise Walker
14. One Good Story, That One by Thomas King
15. In Our Backyard: Human Trafficking in America and What We Can Do to Stop It by Nita Belles (audio version)
16. First Love and the Diary of a Superfluous Man by I. S. Turgenev
17. A Corner of White by Jaclyn Moriarty (audio version)
18. On Chesil Beach by Ian McEwan
19. A Night Divided by Jennifer A. Nielsen (audio version)
20. The Eighth Sister by Robert Dugoni
21. Airborn by Kenneth Oppel (audio version)
22. The Lion, the Witch and the Wardrobe by C. S. Lewis
23. Anne Frank Remembered by Miep Gies (audio version)
24. Prince Caspian by C. S. Lewis
25. Around the World in Eighty Days by Jules Verne (audio version)
26. Hell Divers by Nicholas Sansbury Smith
27. The Voyage of the Dawn Treader by C. S. Lewis
28. The Girl in the Tower by Katherine Arden
29. Between Shades of Gray by Ruta Sepetys (audio version)
30. The Silver Chair by C. S. Lewis
31. Every Heart a Doorway by Seanan McGuire
32. The Horse and His Boy by C. S. Lewis
33. The Magician's Nephew by C. S. Lewis
34. The Last Battle by C. S. Lewis
35. Charlotte's Web by E. B. White
36. Extraordinary Means by Robyn Schneider (audio version)
37. Middlegame by Seanan McGuire
38. The Last Unicorn by Peter S. Beagle
39. In My Hands: Memories of a Holocaust Rescuer by Irene Gut Opdyke and Jennifer Armstrong (audio version)
40. Ayurveda Beginner's Guide by Susan Weis-Bohlen
41. A Thousand Splendid Suns by Khaled Hosseini

Books read in 2017:
1. Inferno by Dan Brown
2. Death at Bishop's Keep by Robin Paige
3. Resistants by Thierry Crouzet
4. The Year of Living Danishly by Helen Russell
5. Anne of the Island by L.M. Montgomery
6. 1Q84 (Book 1) (Chinese version) by Haruki Murakami
7. CyberStorm by Matthew Mather
8. Grief Works by Julia Samuel
9. The Old Man and the Sea by Ernest Hemingway
10. The Lost Symbol (Chinese version) by Dan Brown
11. Great Expectations by Charles Dickens
12. British History for Dummies by Seán Lang
13. The Tempest by William Shakespeare
14. Lines in the Ice: Exploring the Roof of the World by Philip Hatfield
15. Gwendy's Button Box by Stephen King and Richard Chizmar
16. Dracula (Chinese version) by Bram Stoker
17. Kevin Zraly's Complete Wine Course by Kevin Zraly
18. All the Light We Cannot See by Anthony Doerr
19. Suicide Club by Rachel Heng
20. Feed by M. T. Anderson (audio version)
21. The Martian by Andy Weir
22. Monster by Walter Dean Myers (audio version)
23. The Science of Good Cooking: Master 50 Simple Concepts to Enjoy a Lifetime of Success in the Kitchen (Chinese version) by the Editors of America's Test Kitchen and Guy Crosby Ph.D
24. The Historian (Chinese version) by Elizabeth Kostova
25. Courage Has No Color, the True Story of the Triple Nickles by Tanya Lee Stone (audio version)
26. The Catcher in the Rye by J. D. Salinger
27. The Wind Rider (written in Chinese; tentatively translated here) by Sakinu Yalonglong
28. Ring of Bright Water by Gavin Maxwell
29. Anne of Windy Poplars by L.M. Montgomery
30. Short story collection by O. Henry
31. Touching the Void by Joe Simpson
32. Afterlife by Marcus Sakey
33. Fat Angie by E.E. Charlton-Trujillo (audio version)
34. The Atlantis Gene (Chinese version) by A.G. Riddle
35. The Naturalist by Andrew Mayne
36. Nightseer by Laurell K. Hamilton
37. The Man Who Climbs Trees by James Aldred

Books read in 2016:
1. Memory of Water by Emmi Itäranta
2. The Woman Who Rides Like A Man by Tamora Pierce
3. The Beach by Alex Garland
4. Jane Eyre by Charlotte Brontë
5. The Third Wave: An Entrepreneur's Vision of the Future by Steve Case
6. Wonderstruck (Chinese version) by Brian Selznick
7. Wide Sargasso Sea by Jean Rhys
8. Range of Motion by Elizabeth Berg
9. Obernewtyn (The Obernewtyn Chronicles Book One) by Isobelle Carmody
10. Rivers of London by Ben Aaronovitch
11. The Diary of Anne Frank by Anne Frank
12. Driverless: Intelligent Cars and the Road Ahead by Hod Lipson and Melba Kurman
13. Hunger Games by Suzanne Collins
14. The Scarlet Letter by Nathanial Hawthorne
15. The Girl from the Chartreuse by Pierre Péju
16. The Fault in our Stars by John Green
17. Before the Storm by Diane Chamberlain
18. Angel Falls by Kristin Hannah
19. Magic Hour by Kristin Hannah
20. The Book Thief by Markus Zusak
21. Anne of Green Gables by L.M. Montgomery
22. Anne of Avonlea by L.M. Montgomery
23. Dotcom Secrets by Russell Brunson
24. Chimpanzee Politics by Frans de Waal
25. Visible Signs: An Introduction to Semiotics in the Visual Arts by David Crow
26. Metropolis: Mapping the City by Jeremy Black

Oh! And I am looking for a pen pal! If you are interested in making friends, please see my profile on InterPals :)

"Books are the carriers of civilization. Without books, history is silent, literature dumb, science crippled, thought and speculation at a standstill."