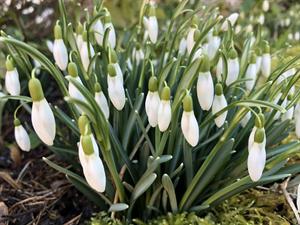 The Care and Management of Lies

The Jewels of Paradise

And Then There Were None

My wild releases that have been caught:

Tears of the Giraffe My first International BookCrossing Day release is headed to the mountains.

The Golden Egg A themed release called to the finder. Now it is headed to Italy.

The Sunday Philosophy Club I just noticed that this was caught 8 years ago!

Where the Heart Is The special trip back up to the castle pays off!

Grime and Punishment My fastest catch!

For the Sake of Elena Was it earning money for a library?

Family Skeletons Another IKEA catch. Was it in the store for two years?

A Great Deliverance Found by another visitor to Liechtenstein.

The Waitress Ended up in Oslo!

The Hollow An improvised note and re-release in Ikea pays off.

The Devil Wears Prada Left in a closet display in Bloomington IKEA.

Island Madness First one to be caught at IKEA.

Elegance My first release and a nice Journal entry. :)

Look how far my books have traveled!

Taken to, or re-released by a finder in :
Canada, China, France, Germany, The Netherlands, Norway, Serbia, UK

If you found one of my books and have questions, or are interested in an available book, feel free to send me a message