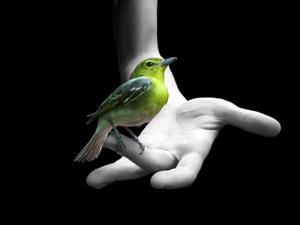 The Unbearable Lightness of Being

The Vow: The True Events that Inspired the Movie

Everything Is Illuminated: A Novel

I'll be Seeing You

One for the Money (Stephanie Plum, No. 1)

Dirt is Good for You: True Stories of Surviving Parenthood

I'm a wife, mother, and of course a bookworm.
I'm a fan of all genres of books, but my favorite book of all time is A Catcher in the Rye by JD Salinger and Pride and Prejudice by Jane Austen.
Since becoming a mother, finding the time to read has become a challenge (gasp!). While my speed has slowed down, my enjoyment hasn't. :)

The Notebook by Nicholas Sparks

The Devil's Knot by Mara Leveritt

The Secret Life of Bees by Sue Monk Kidd

Running with Scissors by Augusten Burroughs

The Help by Kathryn Stockett

The Hunger Games by Suzanne Collins

Pride and Prejudice by Jane Austen

AND SO MANY OTHERS!

BOOKS READ 2013
(In no particular order)
1. True Grit by Charles Portis
BOOKS READ 2008
(In no particular order)
1. Why Men Don't Listen and Women Can't Read Maps by Allan Pease and Barbara Pease
2. Queen of Babble by Meg Cabot
3. A New Earth by Eckhart Tolle
4. The Bombshell Manual of Style by Laren Stover
5. Closing the Deal-Richard Kirshenbaum and Daniel Rosenberg
6. How to Set His Thighs on Fire by Kate White
7. Why Men Don't Have a Clue and Women Always Need More Shoes by Allan Pease and Barbara Pease
8. Bookends by Jane Green
9. Crazy In Alabama by Mark Childress
10. Running With Scissors by Augusten Burroughs
11. Girls in Pants by Ann Brashares
12. Otherwise Engaged by Suzanne Finnamore
13. The Second Summer of the Sisterhood by Ann Brashares
14. The Summerhouse by Jude Deveraux
15. Long Hard Road Out of Hell by Marilyn Manson
16. The Memory Keeper's Daughter by Kim Edwards
17. The Pilot's Wife by Anita Shreve
18. The Sisterhood of the Traveling Pants by Ann Brashares
19. How to Be Popular by Meg Cabot
20. Navy Wife by Debbie Macomber
21. The Cement Garden by Ian McEwan
22. The Perfect Family by Carla Cassidy
23. New Moon by Stephenie Meyer
24. Eclipse by Stephenie Meyer
25. Breaking Dawn by Stephenie Meyer
26. Milk In My Coffee by Eric Jerome Dickey
27. Shopaholic and Baby by Sophie Kinsella
28. Harry Potter and the Deathly Hallows by J.K. Rowling
29. America by Jon Stewart
30. Pretty Little Liars by Sara Shepard
31. god Is Not Great by Christopher Hitchens
32. Flawless by Sara Shepard
33. Perfect by Sara Shepard
34. Entertaining by Malcolm Hillier
35. The Westing Game by Ellen Raskin
36. The Other Woman by Jane Green
37. Long, Lean, and Lethal by Heather Graham
38. One For The Money by Janet Evanovich
39. Little Stories by Jeff Roberts
40. Stargirl by Jerry Spinelli
41. Unbelievable by Sara Shepard
42. Wicked by Sara Shepard
43. Book Lust by Nancy Pearl
44. More Book Lust by Nancy Pearl
45. The Knot Complete Guide to Weddings in the Real World by Carley Roney
46. I Like You by Amy Sedaris
47. Skeleton Creek by Patrick Carman

The Queen of Babble by Meg Cabot International Bookring

If you are in the Mid-South meetup or live in the Mid South area and have an interest in any of my available books, I can either reserve them for you to give at the meetup, or can trade. Just PM me.

"Nothing links man to man like the frequent passage from hand to hand of a good book."

"Books are engines of change,windows on the world, and (as a poet has said) “lighthouses erected in the sea of time.” They are companions, teachers, magicians, bankers of the treasures of the mind. Books are humanity in print."