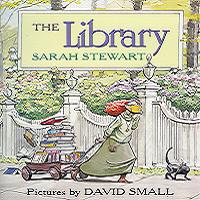 Are You Normal about Money?

The Courtship of Princess Leia

Meditations for Mothers of Toddlers

B Is For Burglar

Harpist in the Wind

How Starbucks Saved My Life: A Son of Privilege Learns to Live Like Everyone Else

Pirates of the Caribbean: The Curse of the Black Pearl (The Junior Novelization)

Please skip me for any upcoming rings and rays & bookboxes. Thank You.

But then, collecting the books became more important than reading the books, and the stacks rose to the ceiling. She had to rent a storage space to hold the excess books because there was no room for them all where she lived. Yet, she continued to go to library book sales and thrift shops...all in search of the one title to complete a series or a book she had loved when she was younger. Even when she hated the book she had bought or been given, she still kept it because after all, "Who knows when my tastes will change and I'll want that particular book again."

Then she met a wonderful man, got married and moved. She even moved out of the storage space. And as she moved (with the help of her loyal friends) a little voice began to whisper: "Do I really *need* all of these books?" The voice got a bit louder when her friends refused to help her move them up the stairs to where The Library was planned to be and the woman was forced to move all the boxes and boxes of books herself.

Next, she started unpacking them and putting the books on shelves. The woman made a nasty discovery of several copies of duplicate books. "Well, I can let those go....I really only need *one*." Later on, as she started putting up all the Jack L. Chalker's and Heinlein's and Moorcocks and mysteries and Star Trek books on the shelf, she thought "Hey, I never read these and some of the authors I don't even like. I could get rid of *all* those books and then have plenty of room for the rest of my collection." Unhappily, her friends didn't want most of her old books, and she couldn't sell them as most were old library discards (though still in great readable condition) so they continued to sit in the House Free Book Box.

Until she discovered Bookcrossing....

This doesn't mean that the status of books don't change. Eventually, most TBRs are likely to be made availabe and PC's have been re-thought before. Yes, there is a risk of the book you traded with me becoming part of my PC, but that also means I don't mind you making my books part of your PC. Books last longer than people (or at least most do) and will eventually travel on.

Reading what I have as soon as I can seems to be the main focus this year (and every year!)

My books were for the most part gleaned from library book sales and will probably still sport stickers, stamps, etc but all will have covers (attached or not) and all pages in a readable condition. I will begin registering my collection here, which will be going on for a while.

Because I buy primarily from the library, I am on the constant lookout for parts of series that I don't have. And almost all the books I have are part of some series or another. :-) If you see a partial series listed here, that might be because I either got tired of looking for the rest or bought an extra copy thinking it was one I was looking for.

Currently Reading:
At Home:
At Work:
On the Pod: