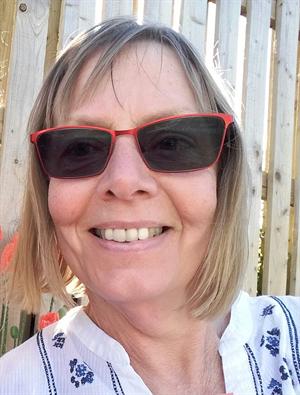 The Language of Others

Girl with a Pearl Earring

Instructions for Visitors: Life and Love in a French Town

Angela's Ashes: A Memoir of a Childhood

The Width of the Sea

I Want to Go Home

All in the Mind

A Wedding in December

No News at Throat Lake

The Lost Art of Keeping Secrets

I am now retired, but in my time have been a typing pool supervisor, secretary, a full time stay at home mother, a legal executive specialising in family law, a market research interviewer, a counsellor, a community radio presenter, and a clerical officer in our local Public Health department. I virtually abandoned Bookcrossing for nine years or so, but with a surplus of books to be organised, decided it was time to catch up and resume releasing into the wild.

I am married with three grown up children, and now live in a static home on a retirement park, after downsizing a couple of years ago.

I always enjoyed reading, but only found the motivation to pick books up again a few years ago. I became hooked on Bookcrossing, though that is now having to take its place in line alongside the other things I am interested in.

I joined BookCrossing several years ago, but got sidetracked into writing poetry after someone started a really interesting string of contributions on one of the forums. Constantweader, if I remember rightly. That led me to join another site called FanStory, and for many years writing took precedence over reading.

I am also heavily involved in local community radio and currently present three shows on a radio station in Cornwall UK called The Hub. (www.the-hub.fm)

Butterfly House, Emotional Geology, Lucky Man, Toppling Miss April, The Magic Toyshop, Lucky, Black Like Me, Miss Julia Speaks her Mind, Swallowing Grandma, Out, Self Made Man, Trans-Sister Radio, SARK - New Creative Companion, The Neverending Story, Stuart, a Life Backwards, Geek Love, I am the Cheese, Between, Georgia, For One More Day, SHAM, Escape, Alone on a Wide Wide Sea, Undead and Unwed, The Little Book of Feng Shite, Star Gazing, No, I Don't Want to Join a Book Club, Blackberry Wine, Mr Golightly's Holiday, Pigs in Heaven, Sister of my Heart, Ben in the World, Cries Unheard, No Toilet Paper on the Road Less Travelled, The Girls, The Clock Winder, Green Angel, Lessons to Learn

BACK WHEN WE WERE GROWNUPS - Anne Tyler


CAN'T WAIT TO GET TO HEAVEN - Fannie Flagg - completed

WE, THE ACCUSED - Ernest Raymond 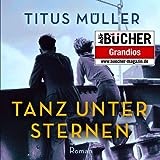