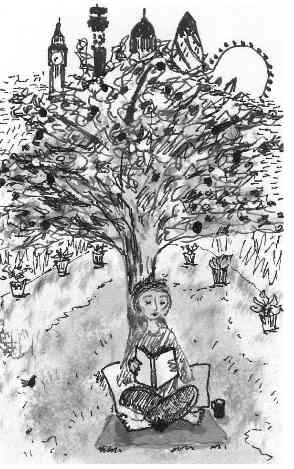 The Beast in the Jungle (Penguin Mini Modern Classics)

The Cellist of Sarajevo

Walter Benjamin at the Dairy Queen : Reflections on Sixty and Beyond

The House of Sleep

The Inheritance of Loss

The Other Side of You

An Elegy for Easterly

Notes From An Exhibition

Teach Us to Sit Still

The destinations my books have travelled to


How many other books have been set free in Namibia?


August 2008
Decided to use a scoring system (adapted from TheDunedan's). I'm not going to try to adjust previously rated books, but from now on I'll consider the following:

1 - only read a few pages
2 - read more than a few pages but it failed the '4 tube rule'*
3 - finished book, due to challenging circumstances(deprived of anything else to read)
4 - finished book, but wouldn't choose to read another by this author
5 - average, would only read another by same author if others rated it very highly
6 - slightly better than average, writing style OK but serious character/plot flaws
7 - better than average, a few dull patches, but would read author again
8 - Very good, would happily read this author again, felt like I learnt something
9 - Enthralling, would recomend to others, ponder and talk about for some time to come
10- Miss tube stop, stay awake half the night reading and then dream about characters.

* "4 tube rule"- I have the book in my handbag but on four half-hour journeys I don't bother to get it out. Or the equivalent.

WOW- we just had some trees cut down ( the neighbours were threatening legal action) and its a bit of a misnomer now to be called 'London-Shade'!

I have sent the following off to start international adventures:
Theft, by Peter Carey
Keeping the World Away, by Margaret Forster

I am taking part in the following:
I never promised you a rose garden- sent on
Sour Face- to be released
The Yacoubian Building- sent on
Swallows of Kabul-awaiting
Septembers of Shiraz- sent onwards
Purple Hibiscus- sent onwards
Cries Unheard-sent onwards
The Weight of Water- sent onwards

July 2008:
I'm making my first attempt at a bookray- Peter Carey's Theft, a love story. I'm hoping it will eventually reach some far flung places.
Following on my sister's successes releasing books in backpacker's hostels in the far east, I'm going to try the hostel around the corner. Hopefully they'll get picked up and taken on travels. And brighten up someone's tedious check-in and inevitable delays! To mark these occasions I have designed my own 'London-Shade' release label for books (image as above). Let the new era of bookcrossing commence!


Why is there not enough time for all the books in the world? I love browsing the local charity shops. Because I can't cope with the zillions of glossy appealing shiny covers all calling out to me in Waterstones and the like....
I love my virtual bookshelf here on bookcrossing. Helps to keep the flat free of clutter.