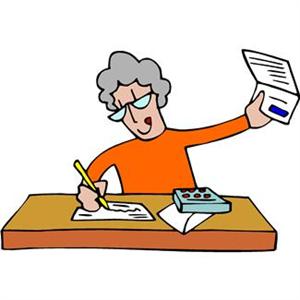 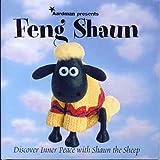 The Blue Nowhere : A Novel

There's a Monster Under My Bed

Update October 2014 Wanted to stop in and say Hi to all my BookCrossing friends. Life's challenges are now small and I'm healthy and happy again. Have daughter married and son soon to be!! I have new hobbies now that don't leave time for BookCrossing. I have MANY fond memories of all my BC friends and think of you all often. I'm keeping my bookshelf active as I continue to get "Caught" messages every now and then. Take care my BC friends and I'll be thinking of you!!! Hugs :o)Karats

This is my 5th year of BookCrossing. I've been gone for a couple of years(08) plus 3 more years (2011) and won't be active again till ???. Life's challenges continue to prevent me from being an active BC'er! I have MANY fond memories of all my BC friends and think of you all often. Someday maybe I'll be able to release again, till then I'll be thinking of you. :o)Karats

I can't wait till I'm able to start releasing again and I'll still be just a stealth releaser! Yup, I only release when I'm sure I won't be seen and only 2 other people know who Karats really is!!! Because all my releases are truly WILD, I still get as excited over each new catch as I did with my first one!!!
I found BookCrossing to be even more fun as I became addicted to Challenges!!! They are such a GOOOOoood reason to "have to" Wild Release.. Like I need a reason to wild release!!!

I used to do The Never Judge a Book by Its Cover Challenge. Such fun and WONDERFUL people and I hope its still going when I return in Jan.


I USED to use the paperback exchange store in Olympia to keep myself in books without a lot of expense.
No More!!! Bookcrossing is SOOOOOOOOOOOO FUN!!!!
I’m buying at garage sales, Goodwill and even driving 70 miles round trip to the nearest Salvation Army Thrift store so I'll have books for registering and releasing in the Wild and also for the challenges. I'm hoping for a few journal entries but WILD releasing is the Most FUN!!

The books on my BookCrossing bookshelf don't reflect my reading tastes. With the exception of Flynn, everything on my BC bookshelves have been purchased since joining BC specifically for Release, although I do read some of them before I release them.
Happy WILD Releasing everyone!!! :o)Karats

# 115 was the first time I found a book in the wild. I was driving through a town and saw a clock tower with a bunch of benches around it and thought that looks like a good place to release a couple of my books. I parked the car and walked up to a bench to release mine and there was a BC book. WooHoo My 1st Wild Release Catch!!!!