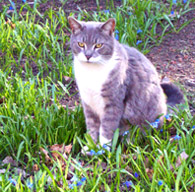 The Wit And Whimsy Of Mary Engelbreit

Getting Over Getting Older An Intimate Journey

A Sudden Change of Heart

The Last Of Days

A Storm of Swords (A Song of Ice and Fire, Book 3)

Am I getting paid for this?: A romance about work

A Child's Garden of Verses for the Revolution

Who Moved My Cheese?: An Amazing Way to Deal with Change in Your Work and in Your Life

Life at the Top

Slapstick: Or Lonesome No More!

The quality of Releasing is not strange;
It satisfies the urge to please and spreads the love of Books
Upon the one Bequeathed. It is twice blest:
It blesseth those that Release and those that Catch.
'Tis tidiest of the tidiest; it becomes
The cluttered housewife better than her mess;
Her giving shows the force of domestic power,
The attribute of soothing neatness,
Wherein she gets admiring looks from slobs;
But releasing is beyond domestic life,
It is encouraged in Challenges and Rings,
It is an attribute of all who Play;
And BookCrossing becomes a noble thing
When Challenges season Releasing. Therefore, All,
Though Releasing be our object, consider this,
That in the course of letting go none of us
Should see bare shelves; we do speed to booksales,
And those same bookshelves shall be restocked for next month
And future Challenges. I have spoke thus much
To justify my weekly trips to shops,
Bazaars and booksales, this search for endless Titles
Must find compensation by Releasing even more.
(with apologies to Wm Shakespeare)

images.quizilla.com/---/1055819251_CArtsphinx.jpg" border="0" alt="Sphinx">
You are a Sphinx! You are mocked for your unusual
appearance, but you are very loving and
devoted. People just need to give you a
chance!


What Kind of Soul Are You?

"A book is a mysterious object, I said, and once it floats out into the world, anything can happen. All kinds of mischief can be caused, and there's not a damned thing you can do about it. For better or worse, it's completely out of your control."