Paris to the Moon

The Nine Parts Of Desire

The World Is Flat

Stones from the River

How to Write about Contemporary Art

The House of the Vestals

The Hitchhiker's Guide to the Galaxy

Lover of books (print, audio, and electronic), languages, exploration, and maps. I love being around people almost as much as I love being by myself.

If I have a book marked as "available", that means that I'm ready to release it and have no specific plans for it; if I have one that you're interested in, PM me and we can see about working out a trade. If I have a book marked as "reserved", that means that either I have promised it to someone else, or I plan to release it but am waiting because I have a specific place/time in mind; check the journal entries to see which. If it's the latter and you are interested in the book, you can still PM me and I will consider it on a case-by-case basis. :)

If you are interested in book marked as available, feel free to PM me. Books marked as being on my TBR will most likely be available eventually, though I can't promise it'll be anytime soon! I don't read any other languages nearly as fast as I read English, and I sort of cycle through them, so if someone is interested in (for example) a TBR Turkish book, my response may very well be "Well, I don't think I'll be doing anything with Turkish for at least six months...". But if you don't need the book by a certain date and don't mind potentially waiting for a long time, definitely feel to PM me and ask me about my TBRs; I would be happy to mark them off as being claimed by somebody for whenever I do finish with them.

I have wild-released books in the following US states:


And in the following places outside the US:


And I have mailed books to the following places for controlled releases:


Hopefully there will be many more places to come on all lists! :)

I've made a map of all the places my books have traveled after they've left my hands. Red points are places where I've dropped off books personally, and blue points are where they've traveled by other means (via mail, or via someone else taking them there). 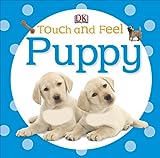 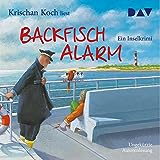