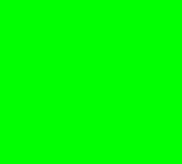 Here is a little part of Roddy Doyle's The Van which is Book 3 of the Barrytown Trilogy
[One of the main characters, Jimmy Rabbitte Sr, has started to read The Man in the Iron Mask]

"He picked up the book. Only thirty-nine pages gone and over four hundred to go still and it was shite. He was sure it was good, brilliant – a classic – but he fuckin' hated it. It wasn't hard; that wasn't it. It was just shite; boring, he supposed, but Shite was definitely the word he was looking for. And he'd have to finish it because he'd told Veronica he was reading it, told her all about it, shown it to her; the fuckin' eejit."