Where'd You Go, Bernadette: A Novel 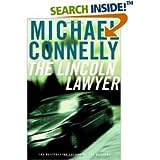 The Road to Little Dribbling: Adventures of an American in Britain

The Immortal Life of Henrietta Lacks

The Art of Racing in the Rain: A Novel

I Am Malala: The Girl Who Stood Up for Education and Was Shot by the Taliban

The Silver Star: A Novel

Midnight at the Dragon Cafe: A Novel (Alex Awards (Awards))

Such a Pretty Fat: One Narcissist's Quest To Discover if Her Life Makes Her Ass Look Big, Or Why Pie is Not The Answer

Pretty in Plaid: A Life, A Witch, and a Wardrobe, or, the Wonder Years Before the Condescending, Egomaniacal, Self-Centered Smart-Ass Phase

Dress Your Family in Corduroy and Denim

Those are my kitties - Frankenstein and Cedric :)

I've been getting a lot of offers for bookrings/rays and although I really do appreciate the thought, I'm just not intrested. So, thanks, but no thanks :)
I do love to trade though! So please, do not hesitate to ask for trades. If I have a TBR you want to trade for, I will move it up on my TBR pile.

Outlander by Diana Gabaldon
Dog by Michelle Herman
The Lost Continent by Bill Bryson
In the Company of Cheerful Ladies by Alexander McCall Smith
Vanishing Acts by Jodi Picoult
A Walk in the Woods by Bill Bryson
A Pedigree to Die For by Laurien Berenson
Reason for Hope by Jane Goodall
The Glass Castle by Jeannette Walls
Snow Flower and the Secret Fan by Lisa See
Mrs. Kimble by Jennifer Haigh
Marley & Me by John Grogan
Shopaholic & Sister by Sophie Kinsella
Valley of Horses by Jean Auel
Tales from the Scale by Erin Shea
In Cold Blood by Truman Capote
Size Twelve Is Not Fat by Meg Cabot
Ishmael by Daniel Quinn
The Life and Times of the Thunderbolt Kid by Bill Bryson
Heavenly Date and Other Flirtations by Alexander McCall Smith
I Love Everybody (and Other Atrocious Lies) by Laurie Notaro
Hypocrite In a Pouffy White Dress by Susan Gilman
The Secret Lives of the First Ladies by Cormac O'Brien
All Creatures Great and Small by James Herriot
Water For Elephants by Sara Gruen
Other People's Dirt by Louise Rafkin

The Golden Compass by Philip Pullman
Never Have Your Dog Stuffed by Alan Alda
The Subtle Knife by Philip Pullman
Shopaholic and Baby by Sophie Kinsella
My Sister's Keeper by Jodi Picoult
Twilight by Stephanie Meyer
The Bluest Eye by Toni Morrison
Devil in the Details by Jennifer Traig
Blue Shoes and Happiness by Alexander McCall Smith
Raising Fences by Michael Datcher
Something Borrowed by Emily Griffin
Daughter of Fortune by Isabel Allende
The Burn Journals by Brent Runyon
The Legacy of Luna by Julia Butterfly Hill
Goonight Nobody by Jennifer Weiner
Child 44 by Tom Rob Smith
The Amber Spyglass by Philip Pullman
Sea Glass by Anita Shreve
The Good Husband of Zebra Drive by Alexandra McCall Smith
All Things Bright and Beautiful by James Herriot
A Thousand Splendid Suns by Khaled Hosseini
New Moon by Stephanie Meyer
The Tenth Circle by Jodi Picoult
The Story of B by Daniel Quinn
The Memory Keeper's Daughter by Kim Edwards
A Year of Living Biblically by A.J. Jacobs
Merle's Door by Ted Kerasote
Four To Score by Janet Evanovich
The Other Boleyn Girl by Philippa Gregory

Little House in the Prairie by Laura Ingalls Wilder
March by Geraldine Brooks
Burning Bright by Tracy Chevalier
The Essential 55 by Ron Clark
High Five by Janet Evanovich
Lonesome Dove by Larry McMurtry
There's A Slight Chance I Might Be Going to Hell by Laurie Notaro
The Excellent Eleven by Ron Clark
Nineteen Minutes by Jodi Picoult
Eclipse by Stephanie Meyer
The Help by Kathryn Stockett
Working In the Shadows by Gabriel Thompson
Dead Until Dark by Charlain Harris
Little Heathens by Mildred Armstrong Kalish
Living Dead in Dallas by Charlain Harris
The Know-It-All by A.J. Jacobs
The Sun Also Rises by Ernest Hemmingway
Breaking Dawn by Stephanie Meyer
The Secret Daughter by Shilpi Somaya Gowda